Amanda Cook comes to The Wiltern on Sunday 12th June 2016

What's cooking? Christian worship leader Amanda Cook is brewing a delectable treat in her soul kitchen –soul food that would feed a multitude of hungry hearts and seeking spirits. Catch Amanda Cook's 'Brave New World' tour, in support of her recently relesed studio album. Respond to the call of worship, discover, and witness, God's love and grace. It all starts with the first step — get your tickets now! 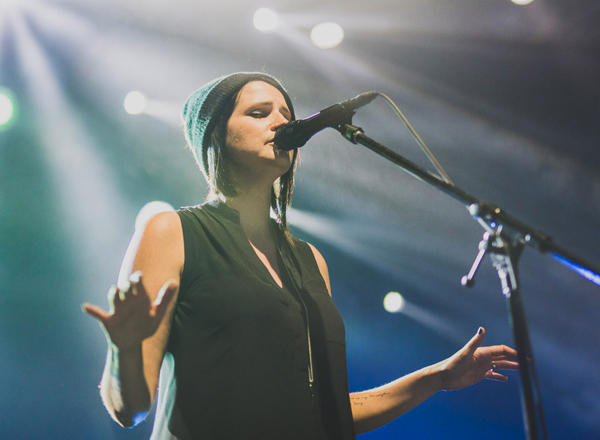 Amanda Cook is a Canadian, church worship leader and Christian recording artist who had just released her studio album 'Brave New World', under Bethel Music, in September 25, 2015. In support of this album, Amanda Cook is embarking on her 'Brave New World Tour', where she will lead audiences into a journey that woud connect them in spirit and in love, to the divine presence and glory of God, through praise, prayer, and worship songs. Her previous albums merited her a Juno Award in the category Contemporary Christian/Gospel Album of the Year. And from 2005 to 2008, Cook as has received four consecutive awards from the GMA Canada Covenant for Female Vocalist of the Year.