Amon Amarth comes to The Wiltern on Saturday 21st May 2016

Amon Amarth is not your typical heavy metal band. The story of the legendary Vikings and Norse gods set into music… Amon Amarth puts them together to produce a bizzare kind of metal–Viking metal or Swedish melodic death metal.

This is not your metal-band-next-door kind of rock show. This is a music trip to the dark depths of folklore, history, and mythology… Would you dare? Get your tickets now! 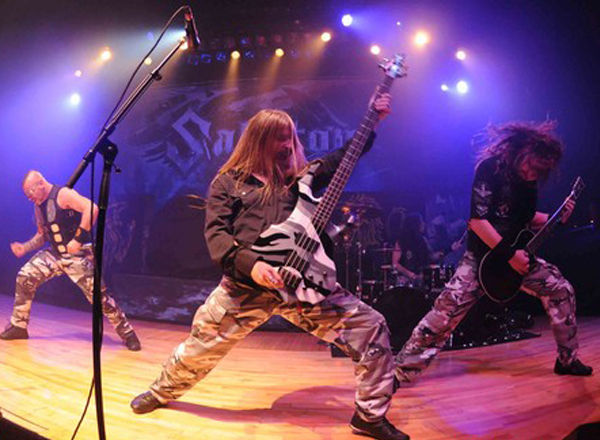 Amon Amarth was formed in 1992 and is considered the forerunner of a so-called Swedish melodic death metal movement. They took their name from a volcano in J. R. R. Tolkien′s Middle-earth. Band vocalist Johan Hegg, guitarists Olavi Mikkonen and Johan Söderberg and bassist Ted Lundström, chisel their music out of Viking history, folklore, and mythology. The band has released ten studio albums so far, one compilation album, one EP, one video album, and ten music videos. One of their critically acclaimed albums is Twilight of the Thunder God(2008)which gave them a big breakthrough, debuting at No. 11 on the Swedish album charts and No. 50 on the US Billboard 200.