Alternative Rock band Elbow are playing at the Wiltern on the 28th of May. The distinctive, sombre vocals of Guy Harvey really separates themselves from more mainstream counterparts. The tour is following the release of their latest album ‘The Take Off and Landing of Everything. 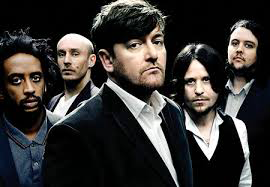 Elbow are an alternative rock band formed in the early nineties, it wasn't until 1997 that they released their first studio album, seven of singles released have made it it into the top 40 UK charts.

In 2008 Elbow won the Mercury Music Prize for their album The Seldom Seen Kid, and in 2009 they won the Brit Award for Best British Group.[4] In 2012 they released "First Steps", the BBC theme for the 2012 London Olympics