It's the second night of Folk Rocker, Father John Misty at The Wiltern on Saturday 17th October 2015! Ex Fleet Foxer drummer, Father John Misty is taking the world by storm with his beautiful, heartfelt music! Layered with string arrangements, dark emotive lyrics and powerful yet intimate live performances that bring to mind the likes of Nick Drake.
With the release of his fresh new solo album "I Love You Honeybear", comes a full packed North American tour. Catch him as he stops off at The Wiltern, on this very special fall evening… 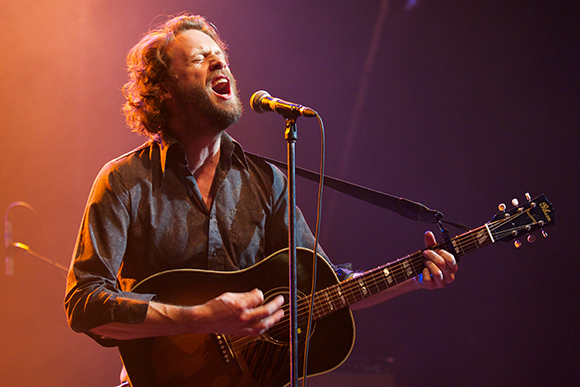 Father John Misty a.k.a Joshua Tillman, broke into the mainstream as a drummer in the Grammy nominated folk band, Fleet Foxes in 2006. In 2011, Tillman left the band in search of a successful solo career. The name 'Father John Misty' was created as a alter-ego persona, used solely for the music. 'It’s all of me and none of me, if you can’t see that, you won’t get it.'

His unique sound combines elements of traditional folk, alternative rock and blues. Similar to artists such as Sufjan Stevens and Alabama Shakes. Even in his recorded tracks, you can feel the energy and power behind the songs. His lyrics contain a darker, hidden meaning and give a very nostalgic feeling – much like the legendary folk singer, Neil Young.
Father John Misty's brand new album, I Love You, Honeybear is creating a buzz on the Indie music scene. It's poetical lyrical content is personal yet comical, making him stand out from the crowd.

If you have the chance to see him perform live, don't miss it – it will take your breath away.