Bluesy, soulful British troubadour George Ezra is making waves in the US in the wake of his recent support tours of fellow Brits Sam Smith and Hozier. Now, the rich-voiced 21-year-old comes to The Wiltern on Friday 14th August as a headliner for the first time! It may be his first time as the main act on a tour of the country, but he doesn't seem intimidated:

"Doing my first tour of North America — I won't forget this, and I just remind myself to not get bogged down with what it might mean, but just enjoy it, because I'll kick myself later if I don't." 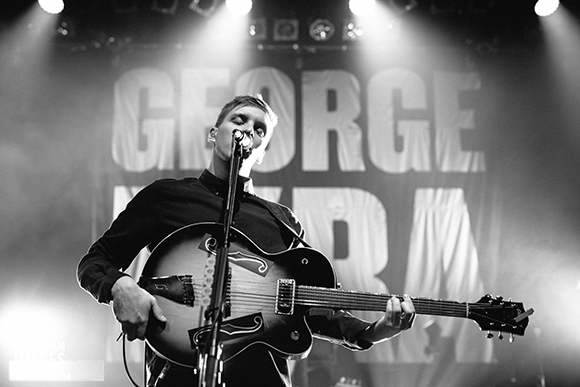 George Ezra is a British singer-songwriter, whose blues-tinged voice landed him on numerous “Sound of…” and “Ones to Watch…” lists at the beginning of 2014, after an appearance on Glastonbury Festival's BBC Introducing Stage in the summer of 2013. His debut album, Wanted on Voyage, entered the UK Albums Chart at number 3 and by December was the third best selling album of the year, having sold 678,156 copies in the UK. It also entered the top ten in seven other countries. In early 2015, Ezra opened for Sam Smith for 16 dates on Smith's headline arena tour across North America. Later, he toured with Irish recording artist Hozier for select dates on his sold-out 2015 North American tour. He also appeared on Saturday Night Live and The Late Late Show with James Corden in Spring 2015.