Electro funk and soul DJ, GRiZ is coming to The Wiltern on Friday 1st May 2015! Supporting Griz on his 'Say It Loud' tour is, The Floozies, These dudes have taken the industry by storm with their crush mode future funk and crispy beats, making it a perfect combination for the night! Griz blends the live and organic elements with his signature gritty electronic edge like never before and not to mention those smooth sax fueled drops! So come cleanse yourself in the waters of their synth-hop-electro travelling funk circus and be awakened by music that is truly created in the moment! 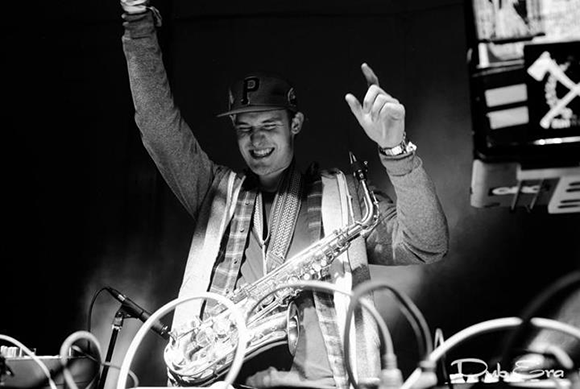 A show with The Floozies is like a Lewis and Clark expedition through all things funky, except instead of Lewis and Clark you have brothers Matt and Mark Hill. Their “funk for aliens” will take you on a journey through classic funk, hip-hop, dub, disco, electronica, and afrobeat with hints of jazz and even film scores along the way. Since forming in January of 2008, this duo has gone from rocking local house parties to touring the country and performing alongside their musical heroes. And with nothing pre-recorded and nothing sampled, every show is a completely unique experience as they reach for new levels of improvisation.

GRiZ is a DJ / producer from Michigan. A former member of LEAK, he now travels all across the USA and plays at festivals such as Electric Forest and collaborates with other upcoming DJ’s like Gramatik. His tracks include “Ill Type Moves”, “Rock n’ Roll” , “P B & J (Pretty Busted and Jank)” and a killer remix of Aerosmith’s “Dream On”. Electronic music has exploded over the past few years in America lead by the massive popularity of Dubstep and various other forms of bass-driven music. It's reached its pinnacle and is now trying to progress into something more lasting. Detroit has always been a hotbed for electronic music, and new generations of young artists, DJs, and promoters have continued to sprout up. Something very special is about to take place!