Making huge waves in the world of queer pop, the astounding King Princess comes to The Wiltern on Friday 24th January 2020 for the first of two nights in a row! The Brooklyn-based singer, songwriter, producer and multi-instrumentalist will be performing hits like her incredible debut single "1950", as well as brand new material from her debut studio album Cheap Queen! And with celebrity fans like Mark Ronson and Harry Styles, you know you're in for a treat! 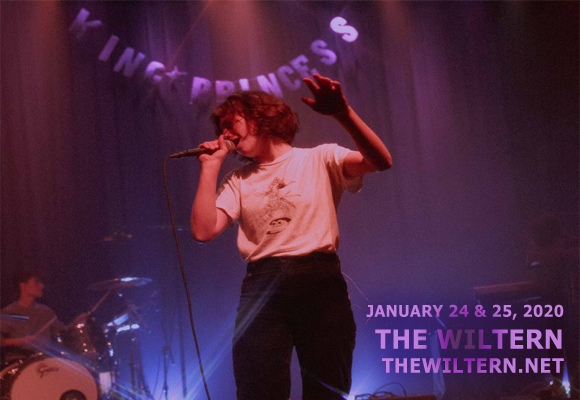 The first artist to sign to Mark Ronson's Zelig Records, King Princess is an American singer-songwriter, multi-instrumentalist and producer from New York City. She found international recognition with the release of her 2018 debut single, "1950", was certified gold in the United States and Canada, and double-platinum in Australia, where it peaked at number 25 on the ARIA Charts. Make My Bed, her debut EP, followed in June 2018 and launched the single "Talia". Her debut studio album, Cheap Queen, is slated for a 2019 release.