Mat Kearney hits the The Wiltern on the Thursday 1st March 2018! The folk-rock singer-songwriter will be performing tracks from his upcoming album, CRAZYTALK, as well as some fan favorites from over the years! A hit in both the mainstream and Christian music scenes, Kearney has a rare and engaging talent – make sure you check him out live! 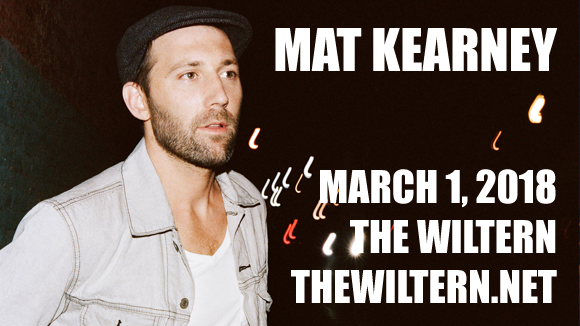 With a total of five top twenty hits on the Adult Top 40 Chart, singer-songwriter Mat Kearney has found success in both the Christian and secular music worlds. Kearney's major-label debut album Nothing Left to Lose was released in 2006 and its title track sold over 500,000 copies, winning several BMI awards. Over the years he has toured with prominent and diverse artists including John Mayer, Sheryl Crow, Train, Mutemath, Meiko, and Cary Brothers. To date, Kearney has released four major-label studio albums – his most recent being 2015's Just Kids.