Fancy a night of something different? If you haven't heard of the fantastic Nickel Creek they are a unique Progressive rock band, the trio is made up of Chris Thile, Sara Watkins, and Sean Watkins. most of there dates are already sold out so act fast and get your tickets now! 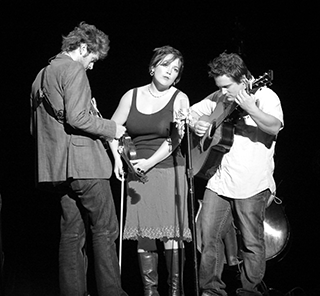 Nickel Creek are a hugely successful Progressive rock band consisting of Chris Thile (mandolin), Sara Watkins (fiddle) and Sean Watkins (guitar). They have released over 6 albums including a platinum-selling self-titled album produced by Alison Krauss, earning a number of Grammy and CMA nominations.

Their fourth album won a 2003 Grammy Award for Best Contemporary Folk Album. Following a fifth studio album and a compilation album, the band announced an indefinite hiatus at the conclusion of their 2007 Farewell (For Now) Tour. Now they are back and reuniting for fans with the release of their latest album A Dotted Line! Don't miss out!