Indie song-writer, Passenger is coming to The Wiltern on Saturday 12th September 2015! Passenger arrived on to the music scene in true style, with his heartfelt single 'Let Her Go' in 2012. His poetical and romantic lyrics blended with his gentle voice, bring to mind the likes of Damien Rice, David Gray and The Lumineers. His passionate live performances are one not to miss! Grab your chance now to see Passenger LIVE as he embarks on his North American tour this fall… 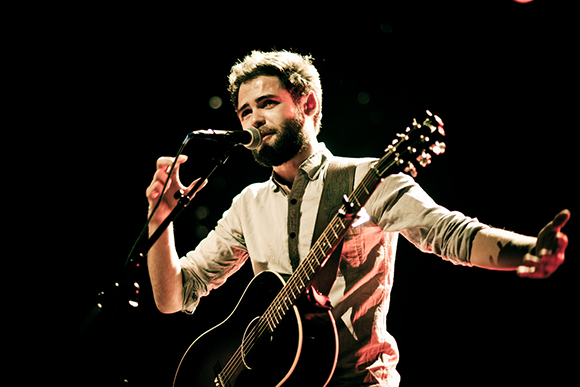 Michael David Rosenberg a.k.a Passenger is a folk singer, songwriter originally from Brighton, United Kingdom.
Michael dedicated his life to music from the word go, learning guitar from a young age of 14 years old and working as a chef to fund his dreams. He began his career by busking and traveling around England and Australia, before returning to his hometown Brighton.
During the summer of 2012, Passenger received a lucky break, he opened a show for Jools Holland, joined Australian acts the John Butler Trio, and Josh Pyke with a co-headlined UK tour as well as supporting his good friend, Ed Sheeran on his 2012 North American tour.

Now Passenger is a headlining act in his own right, he has released six albums to date, including his most commercially successful record, 'All the Little Lights' released on 24 February 2012. The album included his smash hit single, 'Let Her Go', the track achieved international success, topping the charts in many countries around the world, and selling over 1 million digital copies in the UK alone, and over 4 million in the US! In 2014 the song was nominated for the Brit Award for British Single of the Year, and won Passenger the British Academy's Ivor Novello Award for Most Performed Work. The song gained him extensive radio play and has helped to put him on the musical map – as one of the best folk singers to arise in the last 5 years.