Tarrus Riley one of the best Reggae rappers around is storming his way into the Wiltern on July 19th. His new outing dubbed "Love Situation Tour" will support his latest studio album which has topped the itunes Reggae Charts. Joining him is legendary Sax player Dean Fraser! Tickets availble now! 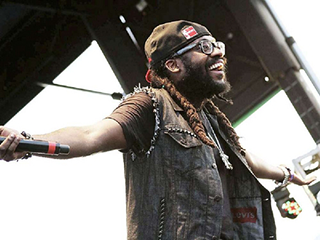 Being surrounded by music all his life it comes as no surprise that the Reggae star wad destined for great things. His best songs such as “Stay With You”, “Beware”, “She’s Royal”, “Lion Paw” defined his sound and secured him as one of the best reggae artists around.