The one and only, the unstoppable alternative metal and rock band – Shinedown are coming to The Wiltern on Thursday 14th May 2020! In support of their most recent release, which is still popular as ever, they are taking to the road to bring material from Attension Attension, plus of course all of their biggest songs to date! Join them for this unmissable LIVE concert showcase! 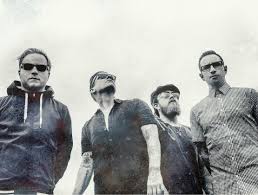 The American rockers Shinedown have transformed the music scene as we know it and have become a firm long standing name on the circuit, known for their incredible, hard hitting tracks, these guys have made it clear from the beginning that they are the real deal.

Hailing from Jacksonville, Florida, Shinedown first formed with vocalist Brent Smith back in 2001 and as Brent gained band members, the group were well on their way to becoming a global sensation. As they kick started their career in local venues, Shinedown have progressed throughout the years within their creativity on their unstoppable singles and in their career.

Together, Shinedown have given their fans epic records and have kept the anticipation high for whatever is coming next, with six studio albums to date, there's plenty of material for new comers to get involved and listen to their huge catalogue of music before attending a show. And of course for their dedicated fan base, Shinedown songs on repeat. From their 2003 release of Leave a Whisper to their most recent album of Attension Attension in 2018 – Shinedown have achieved over ten million sales worldwide, fourteen number one hits and have been a steady name on the Billboard charts.

With so much hype and energy surrounding their most record record of Attension Attension, Shinedown have been forced to extended their tour dates and travel further to bring their tracks to their live audience and they couldn't be happier about it!

If you're a long time fan of Shinedown or if you're hearing about them for the first time, get down to your nearest venue this Spring for a night to remember!