The soulful and upbeat rockers – St. Paul and The Broken Bones are coming to The Wiltern on Tuesday 20th September 2016! Bringing their celebration tour of their brand new album "Sea Of Noise" – these guys sure know to go get a crowd grooving and dance – even in the rain! It's bound to be a big year for St. Paul and The Broken Bones and you as the fans are invited… come and enjoy some feel good brass infused music! 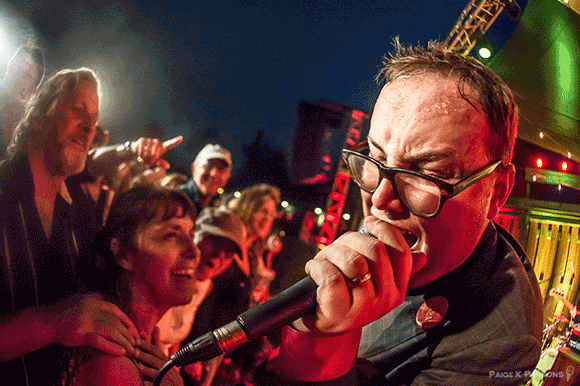 "Here's a new American old-school soul band with the perfect pedigree. St Paul & the Broken Bones are a six-piece from Birmingham, Alabama who recorded their album in Muscle Shoals with help from producer Ben Tanner of the Alabama Shakes, using vintage technology to replicate the sound of the great southern soul performers of the 60s. They are not pure revivalists – they write their own material, which is often adequate rather than memorable – but their style is steeped in the musical traditions of the region, and they are helped by a remarkable singer. Paul "St Paul" Janeway was brought up listening to gospel music in a religious household, originally planned to become a clergyman, and mixes a great preacher's sense of theatre with a fabulous gospel/soul voice and the ability to switch between lyrical and frenzied passages within the same song. They should be exhilarating live."