Taking Back Sunday & Every Time I Die Tickets

Lovers of alt rock and post-hardcore, get ready for a truly wild night!! Taking Back Sunday are on tour, and teaming up with metalcore band Every Time I Die on a massive North American run!! The bands come to The Wiltern on Saturday 29th July 2017 – don't miss out on the opportunity to be there experiencing it!! Hit the “Buy Tickets,” button now to be sure of your place!! 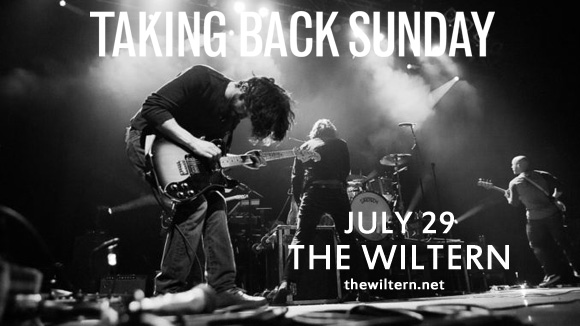 Hailing from Amityville, New York, Eddie Reyes, band founder, prior to creating Taking Back Sunday, played in several post-hardcore bands, including The Movielife and Mind Over Matter. Once the band was fully formed, the original lineup consisting of  Fred Mascherino), Matthew Rubano and Matthew Fazzi, the band released their first EP, followed by their full-length debut, the cheekily entitled; “Tell All Your Friends”. The band saw some success with the album, helped along by the singles “Cute Without the ‘E’ (Cut from the Team)”, “Great Romances of the 20th Century” and “You’re So Last Summer”.

Their big breakthrough, however, came with “Louder Now,” in 2006, mostly due to the immense popularity of its first single “MakeDamnSure.” Peaking at number 2 on the Billboard 200, the album has sold well in excess of 900,000 copies!! The band are currently on tour promoting their most recent 2016 album, “Tidal Wave,” described by AllMusic as "their most mature and diverse — yet seamless — set of songs to date.

Don't miss your chance to catch Taking Back Sunday and Every Time I Die live – book your tickets to see them TODAY!!!