Three years after their last US tour, fans started to shout and let it all out. Yes, they heard you loud and clear. Now Tears for Fears is due for a much awaited comeback US tour. One of their major stopovers will be at The Wiltern, for a one-night only show on Tuesday 23rd September 2014. Mark your calendars. It's an awesome music experience that will inspire you for life! 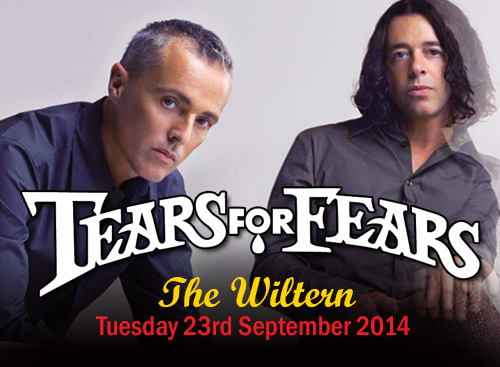 Mentioning their roster of hit songs alone are enough to cause hysteria. Tears For Fears incited a mad world, fired-up new wavers and gen-Xers, and continue to influence millennials with their music.

Tears For Fears, are an English duo composed of Roland Orzabal and Kurt Smith, got together in 1981 playing new wave music that was heavy on synthesizers. Their music evolved to mainstream pop and rock which catapulted them to international hitmakers. Their lbums "The Hurting" and "Songs From The Big Chair" were hit machines that churned out hit-after-hit-after-hit singles like "Pale Shelter", "Everybody Wants To Rule The World", "Mad World", "Shout", "Head Over Heels" and many more. The songs were colossal chart-toppers that gave them multi-platinum album sales. In 1989, the album "The Seeds Of Love" was released with the anthemic single "Sowing The Seeds Of Love", aselling platinum in the US and other parts of the world. To date, Tears For Fears has sold over 30 million albums worldwide. The duo parted ways in 1991; until they reconciled in 2000 as they released a new album entitled "Everybody Loves A Happy Ending".

Everybody loves it when Tears For Fears are on tour! Yes, there's a mad world of zealous fans out there and they're all headed to get the best seats in the house. Tickets are on a roll, so act fast, buy them now!