Glaswegian indie-rockers The Fratellis are due to release their newest album Eyes Wide, Tongue Tied this August and will be embark upon an extensive US tour in support of the record! The band, best known for their anthemic hit "Chelsea Dagger", will be heading to The Wiltern on Thursday 8th October for a night of rowdy sing-a-long hits! 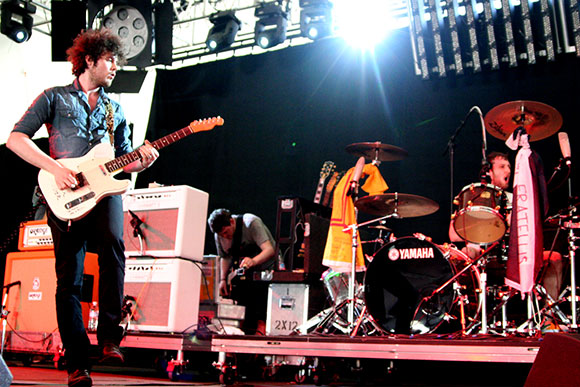 Known best for their Top 10 singles "Chelsea Dagger" and "Whistle For The Choir", The Fratellis are an indie rock band from Glasgow, Scotland. Their debut album Costello Music was released in 2006, with the album's success leading to the band winning the BRIT award for Best British Breakthrough Act in 2007. Costello Music peaked at number two in the UK album charts, and number forty two in the Billboard 200. After a hiatus between 2009-2012, the band reformed, and their fourth studio album is slated for release in August 2015.