Melbourne based comedy group The Janoskians will touchdown in US this summer for a live show at the Wiltern. The show will be part of their world ‘Got Cake Tour’ which has been making waves, receiving much critical acclaim. They are so popular that so many fans appeared at their London Performance that they had to be evacuated for safety reason! Wow these guys are really hotting up! For a chance to see to them perform their brilliant and ingenious show live, head down to the Wiltern on October 25th, tickets available now! 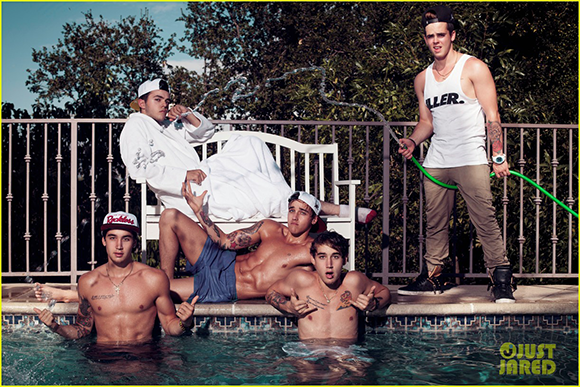 The Janoskians (Just Another Name Of Silly Kids In Another Nation) are a YouTube comedy entertainment group originally from Melbourne, Australia, who are now based in Los Angeles. The group mainly performs pranks and stunts. Their videos mainly consisting of the five members doing pranks, performing gross-out humor on the unsuspecting public and each other, and filming mocumentaries, dares, and skits. Some of their stunts are physically demanding and risky in nature. Their videos have over 108 million views worldwide. The Janoskians offer material on social networking services and are the subject of fanfiction. As of 15 May 2014, the group's YouTube channel has over 1,480,000 subscribers.