Life’s Not a Race, but securing a ticket to 311’s The Wiltern show feels like it. Yes, the Nebraska-native band is back on the road this fall for a special 27-show tour. The “Beautiful Disaster” hitmakers will play back-to-back shows at each stop, with each show representing one of the band’s first six albums. This is a clever-themed show that will simply make all dedicated fans excited. The Nick Hexum-led band will conclude their fall tour at Los Angeles, California’s The Wiltern, wherein the band will be playing “Soundsystem” on their first night on November 11 (Friday). If you want to witness 311 perform the songs “Come Original,” “Life’s Not a Race,” “Large in the Margin,” and the rest of the songs from the album, grab your tickets for their first night at The Wiltern. Hit the “Get Tickets” link to check your tickets out. 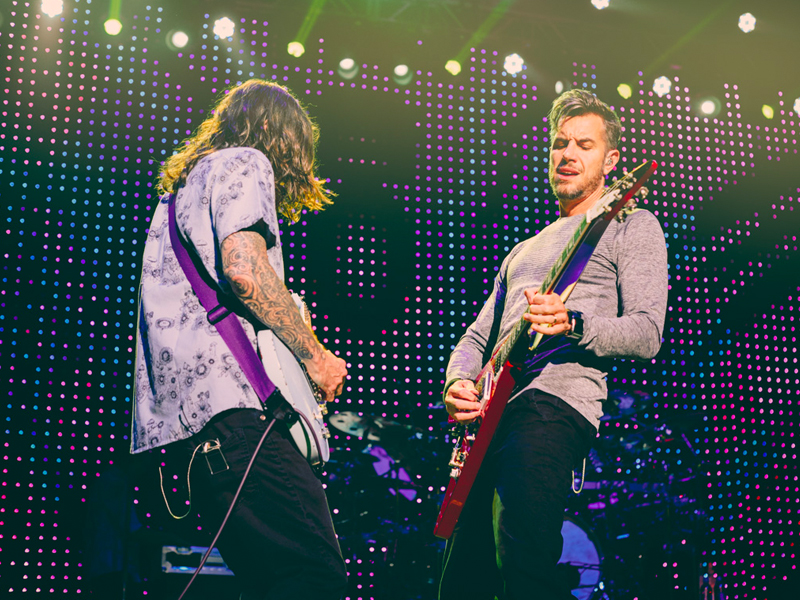 Formed in Omaha, Nebraska, in the dawn of the 90s, 311 is a rock band that stood the test of time. This quintet led by Nick Hexum is known to fuse reggae, hip-hop, funk, and metal in a rhythmic hybrid blend. They are most famous hits like "Down," "All Mixed Up," and "Beautiful Disaster," –– all which were from their earlier albums in the 90s, the era when they broke through mainstream music.

Over the years, the band established a cult-like following from devoted fans worldwide. Love them or hate them, 311 became one of the most sought-after bands in the 2000s. They were able to extend their popularity and influence in the 2010s with a couple of albums and hit singles. All throughout, 311 has released 15 studio albums, 2 live albums, 2 greatest hits albums, 4 compilation albums, 4 EPs, and four DVDs. The majority of 311's albums reached the Top 10 on Billboard's Top 200 Sales Chart, and several singles reached the Top 10 on Billboard's Alternative Radio Chart. The band was able to sell over 9 million albums in the US alone.

This year, 311 will be headlining a fall tour which will kick off this September 2 in Columbus, Ohio. The trek is an album-themed series of concerts for the band, who will be playing two nights in each city, "with each of the nights representing one of the band's first six albums." The band will conclude the tour at the Wiltern with the American rap rock band Phunk Junkeez as the supporting act. The band will play "Sound System" and "From Chaos" on November 11 and 12. Join hundreds of fans in celebrating the three decades of great music from your favorite band. Get your tickets here by clicking the "Get Tickets" button.