Dive into the unique blend of reggae, rap, grind-core & even dancehall music this Saturday, November 12, at The Wiltern as you celebrate the conclusion of 311’s fall tour. Join 311 in ending their trek this year with a bang! Don’t miss this chance to see Nick Hexum and his bandmates play the album “From Chaos” in its entirety. Expect to be jamming along to all-time favorites from the album, such as “Amber,” “You Wouldn’t Believe,” and “I’ll Be Here Awhile,” among many others. Mark your calendars and call all your concert buddies because this is going to be an epic concert that will make you bang your head in nostalgia. Get your tickets here and prepare for one of the most memorable concert events this fall. Click the “Get Tickets” link for fast and safe ticket purchase. 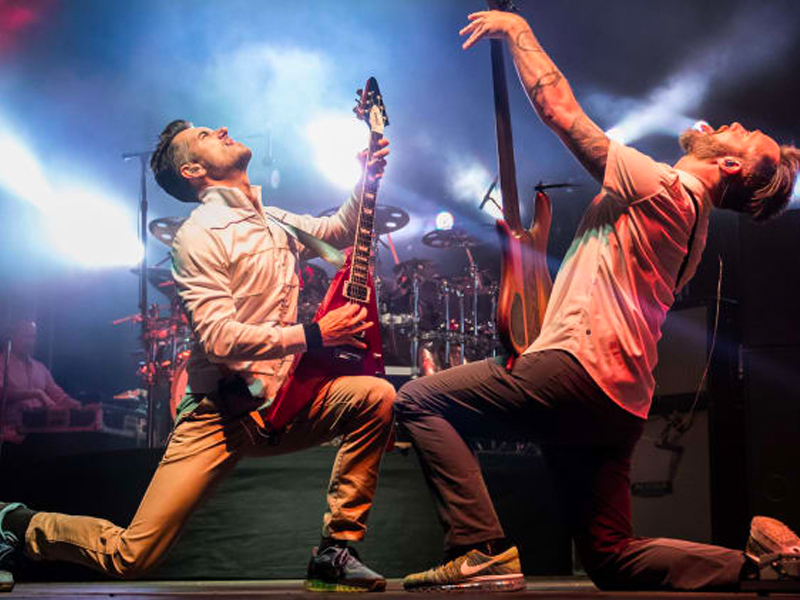 311 is undoubtedly one of modern rock's most beloved bands and alt radio's most successful acts. The band is one of the few ones who retained its original lineup even after three decades have passed. Formed in Omaha, Nebraska, in the dawn of the 90s, the band found mainstream popularity with their 1995 triple platinum self-titled album. The hits "Down" and "All Mixed Up" made the band a household name and propelled them to reaching higher ranks on the Billboard 200. The success of this album foreshadowed the successful career that the Nick Hexum-led band would enjoy in the years to come.

311's subsequent three albums followed the success of the self-titled album. "Transistor," released in 1997, is a certified platinum album, while "Soundsystem" (1999) and "From Chaos" (2001) both hit gold. The band's most recent studio album is 2019's Voyager. The album peaked at number 18 on the US Billboard 200 and contains the singles "Good Feeling," "Don't You Worry," and "Crossfire."

In 2020, the band celebrated its 30 strong years in the industry. This year, the band will be embarking on a special Fall tour all over the country, which consists of 27 shows. Kicking off on September 2, the trek includes special album-themed shows in New York City, Chicago, and Los Angeles. In each of the three cities, 311 will play 2 nights, each of the nights representing one of the band's first 6 albums. As the venue for the last night of 311's tour, The Wiltern will surely be packed with devoted fans eager to see the band perform songs from the "From Chaos" album. Get your tickets now and prepare to jam along with the songs "You Wouldn't Believe," "I'll Be Here Awhile," "Amber," and all other songs from the 2001 gold-certified album. Secure your tickets here by clicking the "Get Tickets" button.