Folk-pop singer Aldous Harding comes to The Wiltern on Friday, June 24th, 2022. Harding’s most recent album, her third LP Designer, was released in 2019. Prior to the pandemic, Aldous Harding was closing her live shows with the unreleased song “Old Peel.” Now, the New Zealand singer has officially dropped the track as a one-off single, paired with a new video. Buy some tickets now, this New Zealander does tend to write as she tours and tests out new music live, so for a chance to hear something fresh and totally different, come along to a live show. 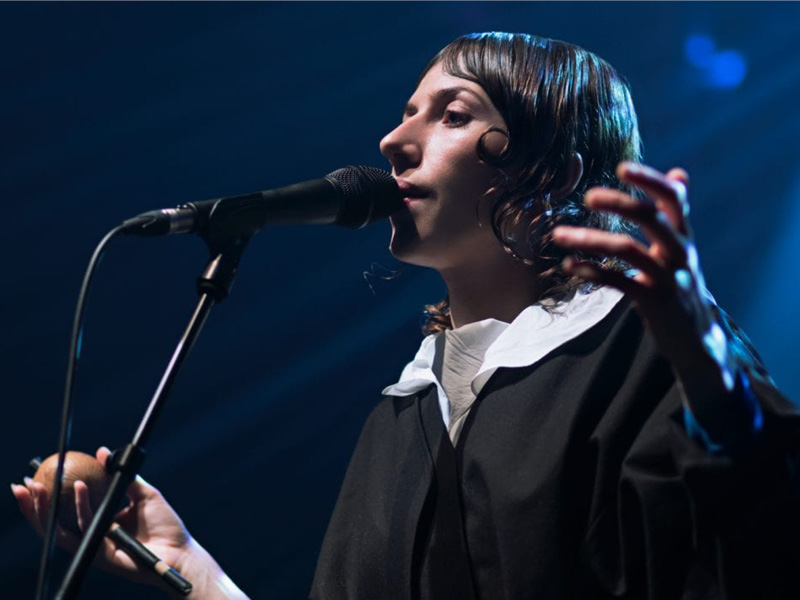 “An artist of rare caliber, Aldous Harding does more than sing; she conjures a singular intensity. Her body and face a weapon of theatre, Harding dances with steeled fervor, baring her teeth like a Bunraku puppet's gnashing grin.” – 4AD

Hannah Sian Topp, known professionally as Aldous Harding, is a New Zealand folk singer-songwriter, based in Cardiff, Wales. She ignited interest with her eponymous debut album released just two years ago, Harding quickly became known for her charismatic combination of talent, tenacity and shrewd wit. The album drew attention and accolades from some of the most illustrious corners of the music industry, receiving 4 stars in MOJO and Uncut

After Party, Harding came off a 100-date tour that summer and went straight into the studio with a collection of songs written on the road. Harding’s third album, Designer, came out in April 2019, with the single, "The Barrel" winning the 2019 APRA Silver Scroll award. The album charted at number 5 in New Zealand and number 10 and 29 on the Heatseekers and Independent albums charts respectively.