Get ready to be shaken as the Grammy-nominated record producer, singer, songwriter, and multi-instrumentalist, Alexander 23, is set to kick off the Aftershock Tour where he's hitting the epicenter at the stage at The Wiltern on Saturday, 5th of November 2022. He's embarking on the tour in support of his debut album "Aftershock" coming out on July 15th. The man, earlier this year, he shared a taste of the new record with his song "Hate Me If It Helps" which serves as an open letter to an ex. With Aftershock right around the corner, get yourself ready to celebrate this milestone with the man himself on a show that'll shake you off your seats at the Aftershock Tour by Alexander 23. Book your tickets now! 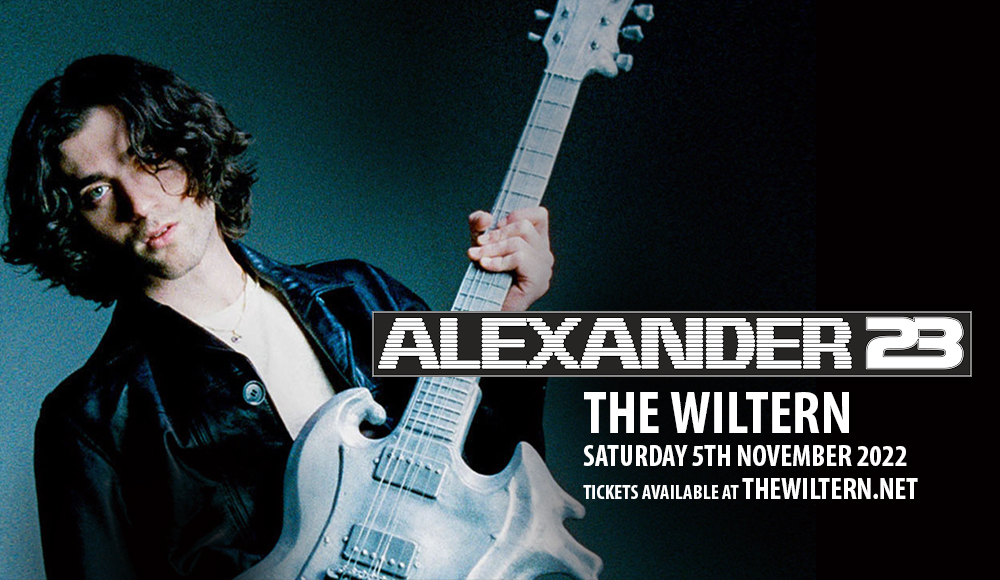 Alexander Glantz, or Alexander 23 as the world came to know him, is the Grammy-nominated record producer, singer, songwriter, and multi-instrumentalist who has collaborated with various artists including Selena Gomes, mxmtoon, Jeremey Zucker, and Chelsea Cutler. He's also written and produced tracks for the likes of Tate McRae, Louis The Child, Role Model, and Olivia Rodrigo.

Co-producing "Good 4 U" by Olivia Rodrigo, the song topped the Billboard Hot 100, and bagged a nomination for Album of the Year at the Grammys for his production work on Olivia Rodrigo's "Sour".

Moving on from the artists he's collaborated and worked with, Alexander 23 is a highly talented singer and songwriter himself. He has 2 EPs namely "I'm Sorry I Love You" and "Oh No, Not Again!" featuring his crowd-favorite singles "See You Later", "The Hardest Part", and "IDK You Yet" which bagged a Platinum certification from the RIAA.

Gearing up to shake the world with his debut album "Aftershock" and a tour to bring the era to life on stages across the country, Alexander 23 teased and shared the album announcement with a clip on a website didyoufeelit.xyz. To fans surprise, they were fronted with "What is an aftershock and how do I know if I’ve felt one?"

The album will feature his singles dropped earlier this year, "Hate Me If It Helps", "Crash", and "The Hardest Part". The list continues with his newest emotional single "Somebody's Nobody". With all these songs that the man has laid out, fans are in for an emotional aftershock once they get their ears on this record.

"This new release is full of the most honest songs I’ve ever written — and some of them are vulnerable in very scary ways," Alexander shared about the album. "I’m terrified, but I worked really fucking hard. I’m really proud of it and I think it’s fucking good. I’m excited for people to hear it."

With Aftershock coming right around the corner, get yourselves ready to feel the magnitude of Alexander 23's big debut record come to life at the Aftershock Tour happening at The Wiltern this November 5th. Book your tickets now!