Canadian indie-pop band Alvvays is making its strong return with "Blue Rev", the band's upcoming third studio record, finally coming out five years after the release of the highly-acclaimed "Antisocialites". Sharing a new song "Pharmacist" where they embrace themes of confusion and getting through, the band is going on a US tour this fall, taking a pitstop at The Wiltern on October 29th, 2022. With indie-crowd bangers "Archie, Marry Me", "Not My Baby", and "In Undertow", fans have been itching to hear new material from the Canadian act. With "Blue Rev" coming out this October, catch Alvvays' big new era come to life, live on stage at The Wiltern by grabbing your tickets now! 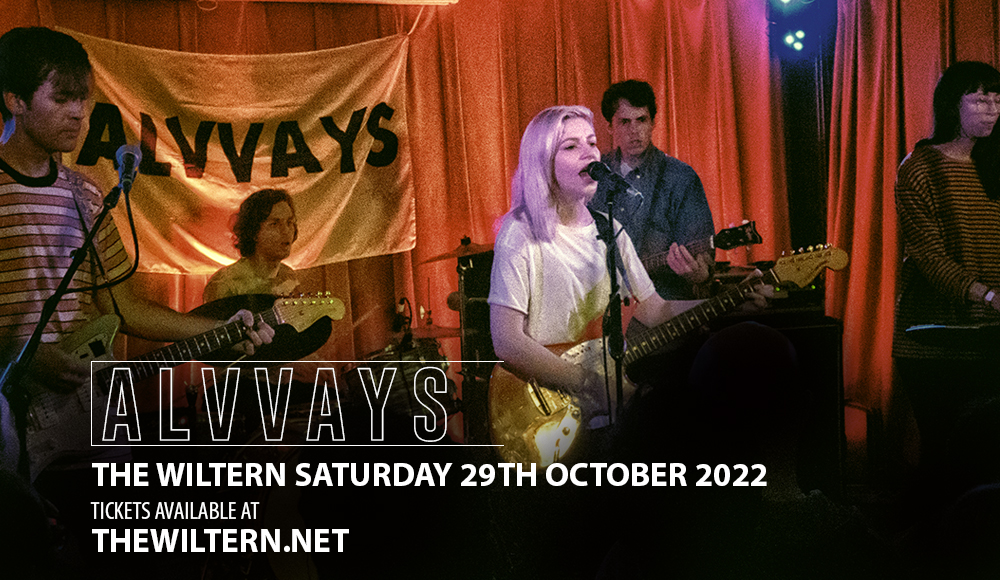 With their third album "Blue Rev" right around the corner, it wasn't all fun and games for Alvvays who had to go through an apartment break-in which resulted in demo tapes being stolen, damaged gear caused by a flood in the basement, and Canadian border complications which caused some delay. Moving the past aside, fans are only a few months away from having their ears blessed with Alvvays' "Blue Rev" coming out on October 7th.

In the meantime, the band dropped a little surprise in the form of a new song off of the new album. Alvvays just released their newest single "Pharmacist" which gives fans a sneak peek into what they can expect from the indie-favorite band from Canada.

Alvvays band members include lead vocalist Molly Rankin, keyboardist Kerri MacLellan, lead guitarist Alec O'Hanley, drummer Sheridan Riley, and bassist Sheridan Riley. Rankin picked the name for a reason that it "shred of sentiment and nostalgia", spelled with a double "v" because there was already an existing band taking the name "Always".

With their self-titled debut album hitting the airwaves, the album ranked at #1 on US college charts in August of 2015. The album featured their hit singles "Adult Diversion" and "Archie, Marry Me". The band bagged a shortlist nomination for the 2015 Polaris Music Prize and nominations for Breakthrough Group of the Year and Alternative Album of the Year at the Juno Awards in 2015.

In 2017, they released their highly acclaimed sophomore album "Antisocialites" with their hit singles "In Undertow" and "Dreams Tonite". They were nominated again at the Juno Awards in 2018 for Group of the Year and their album won an award for Alternative Album of the Year.

Five year since "Antisocialites", the indie stars are back to hit the airwaves with fresh new beats coming out real soon. With a strong vulnerable taste with their first single "Pharmacist", Alvvays is set to conquer the indie scene with big surprises in store for "Blue Rev". So, don't miss out on Alvvays' big return to the live stage in this much-awaited new era by booking your tickets now!