Aly & AJ: A Touch of the Beat Tour Tickets

Are you ready to touch the beat? Are you ready to get up on your feet? Well come on and get up and out into the sun! It’s, Aly & AJ, with their A Touch of the Beat Tour at The Wiltern on Saturday, May 28th, 2022. The certified gold, sister duo are back, with a blinding new album, A Touch of the Beat Gets You Up on Your Feet Gets You Out and Then Into the Sun, their first studio album in a long time. And was it worth the wait? Absolutely! Grab your tickets now and come on down to witness what’s been a triumphant return, and is sure to be the beginning of a brilliant new chapter. 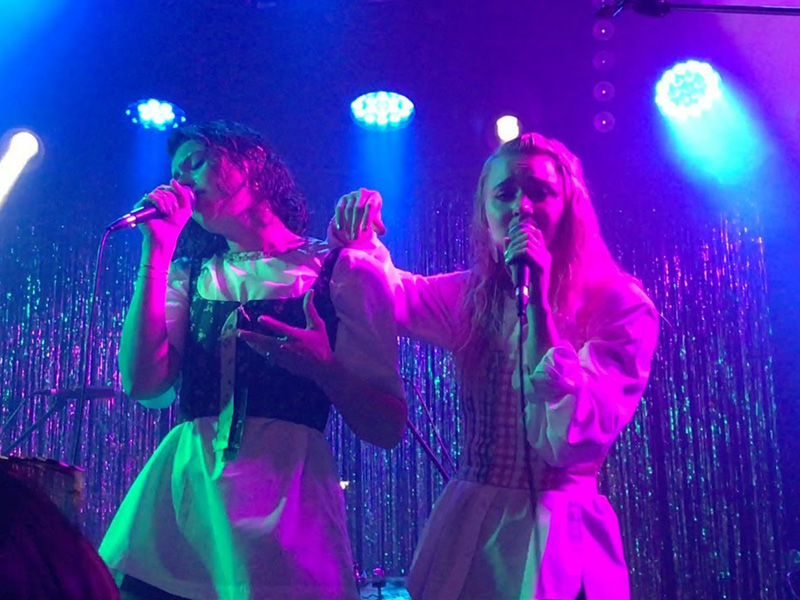 All American pop duo, and sisters, Alyson and Amanda Michalka, are Aly & AJ, they first burst onto the music scene as teenagers in the mid-‘00s, Aly & AJ were a staple of Disney Channel commercial breaks and original movie soundtracks. Their debut album, Into the Rush, came out in 2005, debuting at number 36 on the US Billboard 200, and was certified gold, selling over a million copies worldwide. But then their last full-length release was 2007, Insomniatic, peaking at number 15 on the Billboard 200, and featuring of their iconic “Potential Breakup Song”, was followed by a decade of near silence from the duo. It wasn’t until 2017 that they finally, properly returned with the aptly-titled Ten Years EP. A gorgeous collection of ‘80s-indebted synth-pop, the project ushered in a new era for Aly and AJ Michalka.

Now, their fourth studio album, and first in 14 years, A Touch of the Beat Gets You Up on Your Feet Gets You Out and Then Into the Sun, came out in May 2021. Owing more to the laid-back 60s and 70s sound of California than their previous EP’s and singles from 2020, the duo explore and experiment with their sound far more than they have before, however, they remain unapologetically pop, each track is laced with timeless melodies, and blissful harmonies.