Andy Mineo comes to The Wiltern on Saturday 23rd April 2016

Andy Mineo’s career has been running full speed ahead with a devoted following that eagerly await his music —be it on the charts, online, or on the road. Since the release of his latest album ‘Uncomfortable’, fans are now going giddy over his highly anticipated nationwide tour.

Indeed, fans are now going pedal to the metal to catch and get their hands on those precious tickets to live shows. What are you waiting for? Step on the gas and zoom your way to the ticket box office and grab a ticket now! 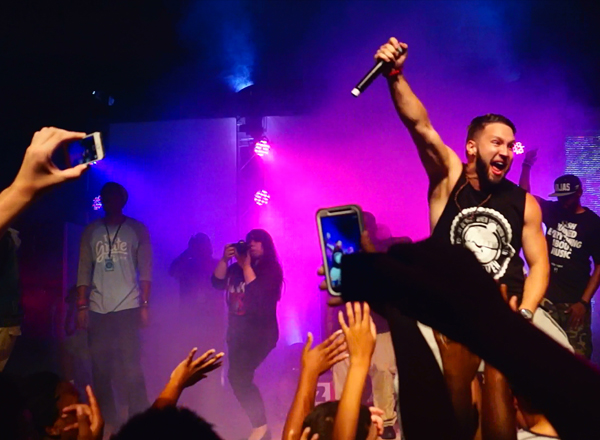 The Billboard charts are rarely visited by Christian artists, more so by Christian hip-hop artists. Andy Mineo has just made his way into this uncharted territory. He ascended to the No. 10 spot on Billboard's Top 200, as well as on the No. 1 position on the Top Christian Albums; and No. 3 on the Rap Albums. In addition, his latest album Uncomfortable debuted at No. 9 on Top Album Sales, No. 6 on Digital Albums and No. 1 on Independent Albums.

Andy Mineo is the artist formerly known as C-Lite, originally from the rap/hip-hop group Fat Camp. His leap of faith to leave Fat Camp and re-dedicate his life to Christ, gave him a fresh start on his spiritual ministry and a boost on his music career that is now running in leaps and bounds. Mineo also dabbles on album producing and directing TV shows and music videos. He also produced some of the tracks off the album “Gravity”, which bagged a 2013 Grammy Award for Best Gospel Album.