'Let's go to paradise! Infinite dreams are set to come true as Bazzi sets the stage for his big comeback with his new record, Infinite Dreams, promising a brand new experience like no other. Bazzi's 'The Infinite Dream Tour" is hitting the stage at The Wiltern on Tuesday, 15th of November 2022, where his best hits and fresh new beats off of Infinite Dream come to life. Releasing new songs "Will It Ever Feel the Same?" and "Miss America" earlier this year, fans await big surprises as the new album hits the shelves this September. Don't miss out on the "Beautiful" singer's big comeback live on stage at The Infinite Dream Tour by booking your tickets now! 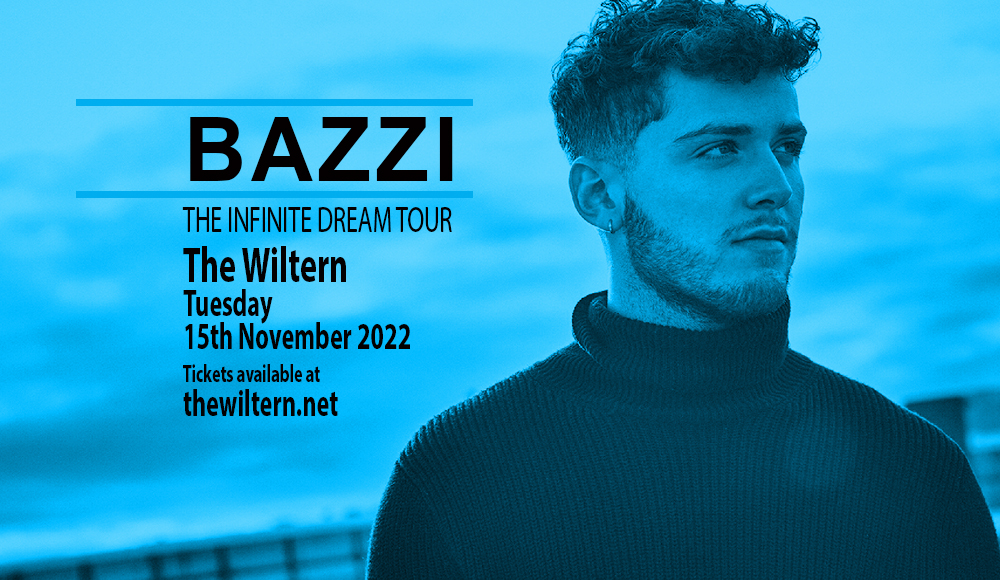 Singing This sh*t feel like Friday nights / This sh*t make me feel alive / I feel like we in paradise! to his 2019 certified-Platinum single "Paradise", Bazzi is now taking his fans on an infinite dream as he prepares for the big launch of his sophomore record "Infinite Dream". His new singles "I Like That", "Will It Ever Feel the Same?", and "Miss America" are expected to be featured on the upcoming album.

"After years of crafting this music and new show I am excited to share this experience with you. It feels like everything has led up to this." he shared.

Though he found his global breakthrough in 2017 with his viral hit "Mine", Bazzi's mark in the industry dates back to 2013 on the former social media platform, Vine. He amassed over 1.5 million followers and released a track named "Bring You Home" – the first Vine "Featured Track".

Over the next few years, he worked on new material releasing a few singles, up until his track "Mine" captured global attention, becoming a viral hit on various social media platforms. Since then Bazzi made big waves as one of this generation's hottest new artists. His collaboration with Camila Cabello, for a remix of his 2017 track "Beautiful", became one of his biggest hits, bagging a 4x Platinum certification from the RIAA.

With over 1.9 billion streams to date, Bazzi's new album is much-awaited by fans all around the world. Loved for his catchy pop and R&B beats matched with lyrics that hit, big sonic surprises are expected from his sophomore album. With Infinite Dream right around the corner, Bazzi announced a headlining tour in support of his new record.

With his new record coming out on September 16th, The Infinite Dream Tour kicks off on October, and wraps up at The Wiltern on November 15th. So, don't miss out on this big party of infinite dreams live on stage by booking your tickets now!