Beach Fossils & Wild Nothing. The sound of it harkens to an awesome adventure. This double headliner gig is bound to shake things up at The Wiltern on Sunday 21st November 2021. Both artists were supposed to celebrate the 10th anniversary of their debut albums last year with a tour but were ceased due to the pandemic. Now they're picking up from where they left off as they announced rescheduled dates, looking forward to finally having a ball with their fans who have given them unwavering support since their debut. Beach Fossils & Wild Nothing is happening and tickets are available right here, right now! 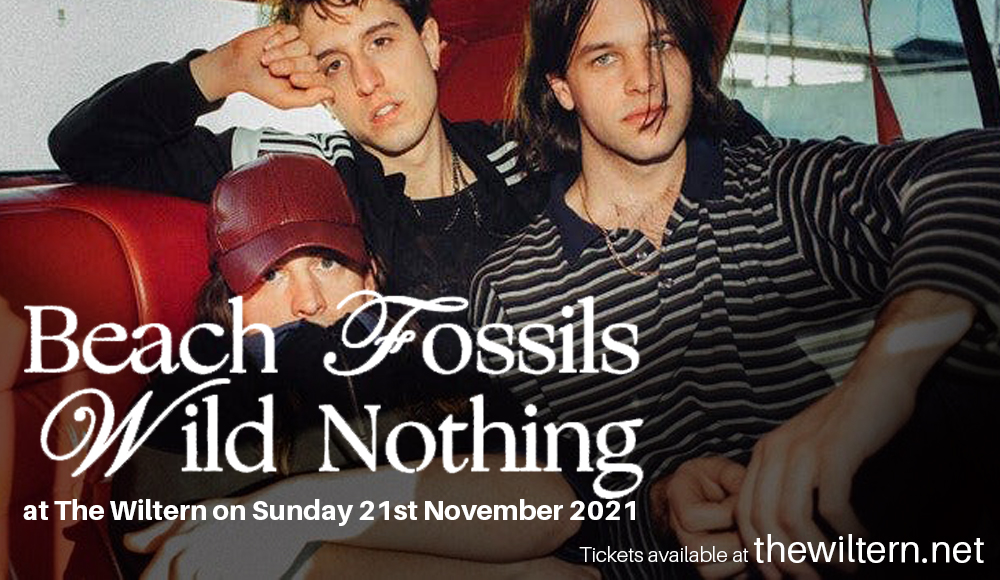 Beach Fossils is loosely classified under the genre of Indie rock, and dream pop. Most likely due to the fact that they somehow created the templates for what was to be labeled as the lo-fi dream-pop sound that sprouted from the underground indie movement in the 2010s. Their lo-fi, atmospheric sound, and the band's lead vocalist, Dustin Payseur's laid-back vocal style, cradles wistful, introspective, honestly raw, and emotive lyrics. In interviews with music press, Payseur explains "I was writing these really happy pop songs [early in my career] and then after a while I was like, 'You know I don’t feel great all the time and I want to write about that, I want to be able to write about how I’m feeling when I don’t feel good.’ And those somehow happened to be our biggest songs and the ones that people liked the most. I was like, ‘This is great I don’t have to write these like shiny pop songs, I can write stuff that’s about real life and about being sad and people are super into it.'"

Wild Nothing was formed in late 2009 by John Alexander Tatum a.k.a. Jack Tatum, formerly of bands like Jack and the Whale and FACEPAINT. Also classified under the Indie rock, dream pop genre, Wild Nothing has a more synth-infused and new wave approach. Their debut album "Gemini", was released in the spring of 2010 and was ranked the 49th best album of 2010 by Pitchfork and 36th best album of 2010 by Amazon music editors. Its critical success was followed by a commercial triumph as it debuted at No. 1 on both the Billboard New Artist and Alternative New Artist charts, receiving "Best New Music" from Pitchfork, and made it to the top slots on the year-end lists of Under the Radar and iTunes Alternative.