Get ready for one of the most fascinating and engaging acts to emerge on the indie folk scene in the last few years – the incomparable Beirut are on tour in 2019 with their all-new album “Gallipoli”! Coming to The Wiltern on Tuesday 5th March 2019 – you’ve got to be there! A Beirut performance is a musical experience like no other on earth – make sure you’re there to experience it for yourself!! 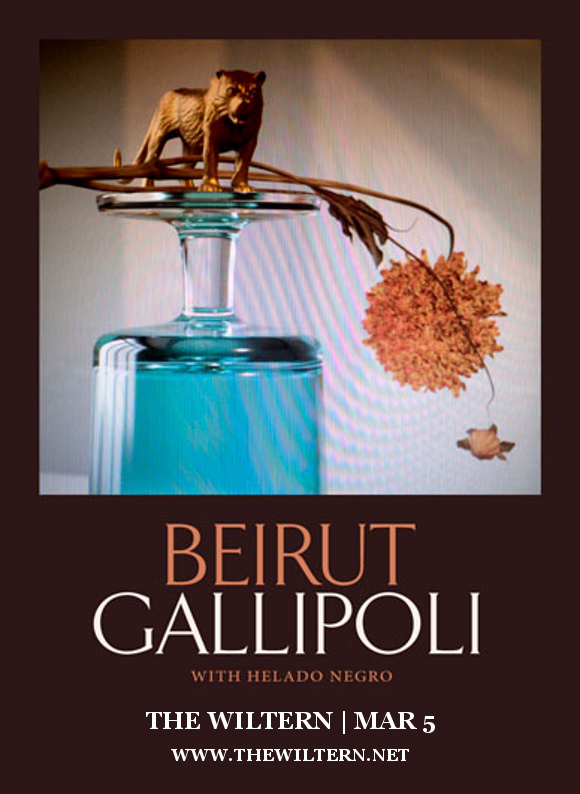 The new album has, in typical Beirut style, been inspired by culture and travel. ”We happened to walk in at the exact moment as the Saint was leaving the church, carried by a bunch of priests,” the band said, describing a procession they encountered in Italy, near the city of Gallipoli. “Behind them was this frenetic kind of brass band. [Sound] was bouncing off the walls, and simultaneously every church bell in town was ringing, which just made for utter chaos. And the city is just claustrophobic, streets winding —you would have to live there your whole life to know where you're going.” The sound inspired frontman Zach Condon enough that he wrote the entirety of the song’s title track the next day, naming it after the city.

Get ready to hear all the new sounds from the album live – its guaranteed to be incredible!!