The English rockers Black Midi is greeting fans 'welcome to hell' as they drop their newest album "Hellfire" and embark on a tour in support of their new record. Black Midi is hitting the stage at The Wiltern on Saturday, September 24th of 2022 to bring in the fire of their new record. The band has released two songs off of Hellfire, namely "Welcome to Hell" and "Eat Men Eat". With a sound that fused math rock, progressive rock, post-punk, and a hint of avant-jazz, Black Midi amassed a cult following and critical acclaim. With Hellfire right around the corner, catch Black Midi's big new era come to life by booking those tickets now! 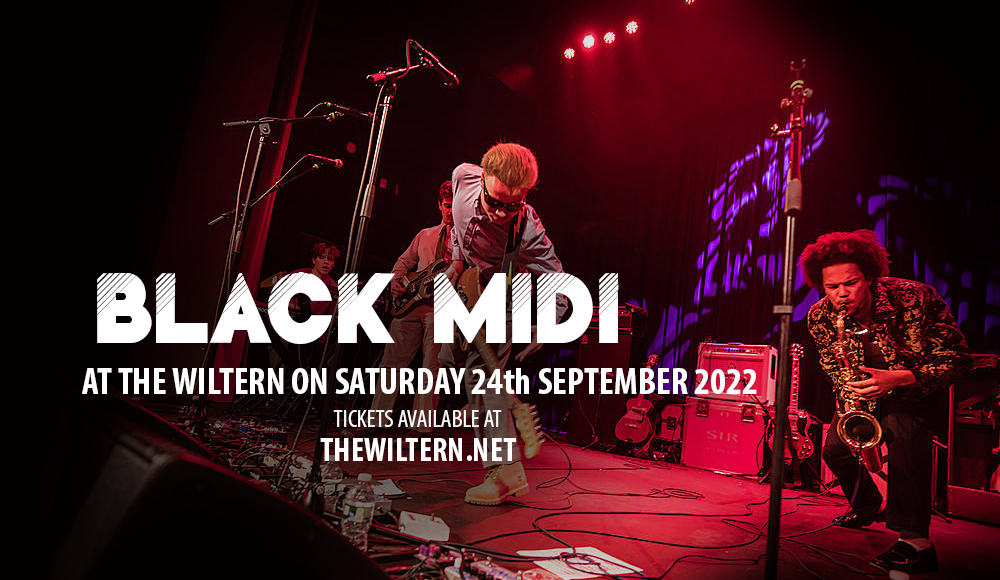 Black Midi made its debut in 2018, releasing their first single "Bmbmbm". In November of the same year, they performed five songs from their upcoming debut album in Iceland. Their performance was uploaded to YouTube, becoming an international viral hit. From then on, Black Midi set foot on a journey of rocking it all out.

The band received critical acclaim for their debut record "Schlagenheim" released in June of 2019, featuring its singles "bmbmbm", "bmbmbm", "Ducter", and "7-Eleven". The album was nominated for the Mercury Prize in 2019. Their second studio record "Cavalcade" continued their rocking journey, serving their singles "John L / Despair", "Slow (Loud)", "Chondromalacia Patella", and "Cruising".

Their third album "Hellfire" is set to bring in the band's rocking flames, with the album out on July 15th. They released the first single for the record, named "Welcome to Hell". They followed it up with another new song "Eat Men Eat".

Talking about the new record in an interview with Loud and Quiet, Geordie says "A lot of the last album was third-person because at the time I felt it was an easier method, it felt like it could be much more stylised. Writing in first-person, there’s more potential for scrutiny of the veracity of it, it feels like it needs to be more true to life. Now I feel more comfortable playing with it"

With a flaming hot new record that welcomes listeners to 'hell, Black Midi is set to continue serving their artistic melodic tales that get listeners sticking around. As Hellfire brings in a fiery new era for the band, you can't miss out on seeing them perform fresh new tracks and your favorite hits live on stage! So, hit that button and book your tickets now!