Indeed, there is No Time For Sleep this November 1, as the one and only Bobby Shmurda freestyles his way to The Wiltern as part of his "The Bodmon Tour." Be ready to get pumped up as he fills the famous Los Angeles venue with his Brooklyn drill music. Get your tickets for the show and prepare to be singing along and vibing to his signature hits, such as "Hot N*gga," "Shmoney," "The Don't Know," and "Bobby Bitch," among many others. Catch his Epic performances together with other special guests, Rowdy Rebel and Fat Tony, in a night that would ultimately show you what rap and hiphop music is all about. Click the "Get Tickets" link to purchase your tickets now! 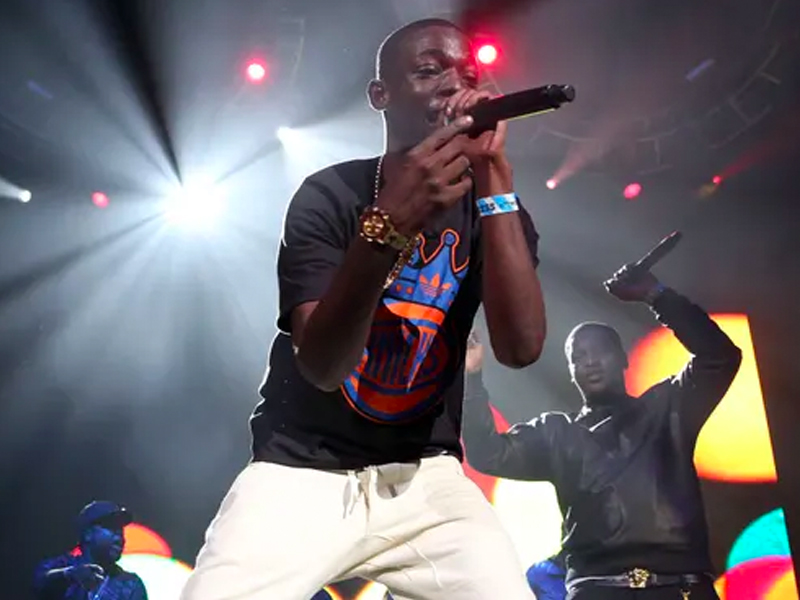 Ackquille Jean Pollard, popularly known as Bobby Shmurda, is a rapper who pioneers Brooklyn drill music (hip hop music comparable to trap music). His rise to stardom occurred in 2014, with his song getting the attention of people and his signature dance, "Shmoney dance," going viral. After the instant success, he signed with Epic Records inspiring him to write a song. He named it "Epic." It became his second hit. This song topped Billboard's R&B and Hip-hop song chart this time and climbed to the number 6 spot on the Billboard Hot 100 chart. It also did not take long for the song to receive platinum certification.

However, he was imprisoned for the conviction of one count of third-degree conspiracy and one count of weapons possession in 2016. This led to his seven-year jail sentence. While in jail, Bobby Shmurda continued to create music, collaborating with other artists, such as for the songs of Meek Mill and 6ix9ine. He was given parole in 2021 and was released that year.

His comeback to the stage after his release was at the Rolling Loud Festive in Miami, Florida, on July 2021. Two months after, he released his single "No Time for Sleep (Freestyle)."

This year, one of his performances will be at the Wiltern in Los Angeles, California, on Tuesday, November 1. Mark your calendars and get tickets now!