English indie rock Bombay Bicycle Club are performing live at the Wiltern on October 3rd. Joining them is Los-Angeles based band Milo Greene. The tour will support the bands 4th album in just 5 years, though all members are no older than 25 its fair to say these guys are fast becoming veterans in the music industry. The new album is considered a more experimental offering than their previous work as the band are constantly evolving. Tickets available now! 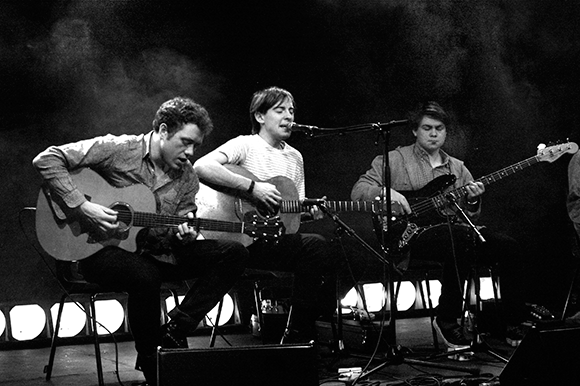 The bands latest tour has traveled throughout Europe and MacColl is excited to get a chance to expand their fan base in the U.S. as well. “I really love traveling around the States, so it would be nice to do it in a nicer way than we’ve done in the past,” he laughs.

Bombay Bicycle club are one of the best upcoming indie rock groups in Britain, with a brand new album release offering more experimental sounds and a new tour which will reach to US shores. These guys are great , lively performers. With a raw attitude and unique music. Do not miss your chance to see them live, tickets available now!