After a hugely successful first album release the Puerto Rican-American rock band Boyce Avenue are back on the road with their biggest tour to date. Coming to The Wiltern on November 15th, the rock trio have released a new single dubbed “One Life” and it is said to that they will be releasing more material later this year! Catch the three rock brothers live, get your tickets now! 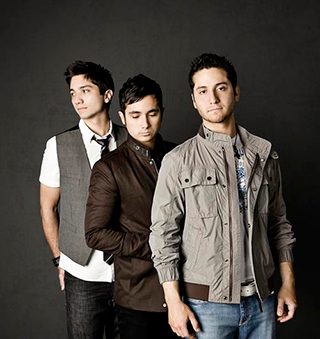 The brothers first came together as a band in 2004 when Alejandro (lead vocals, guitar, piano), Fabian (guitar, vocals), and their older brother Daniel (bass, percussion, vocals) reconnected after Daniel graduated from Harvard Law School and moved back to Florida where Fabian and Alejandro were both attending classes at the University of Florida. It was there that the brothers continued to write music and to perform local shows, taking their most formative steps toward becoming a band. After the release of their first album they were launched into mainstream music, becoming one of the most well known up and coming bands in America.

Now with the release of “One Life” and more music to follow, it’s the perfect time to experience these guys live!