Genre-defying country inflected singer songwriter Brandi Carlile comes to The Wiltern on Saturday 19th September for a night of intimate music that will touch the soul! Carlile tours the US this summer through fall for an astounding 40 dates in support of her fabulous new studio album The Firewatcher's Daughter! Don't miss your opportunity to catch her talent where it truly shines – live! 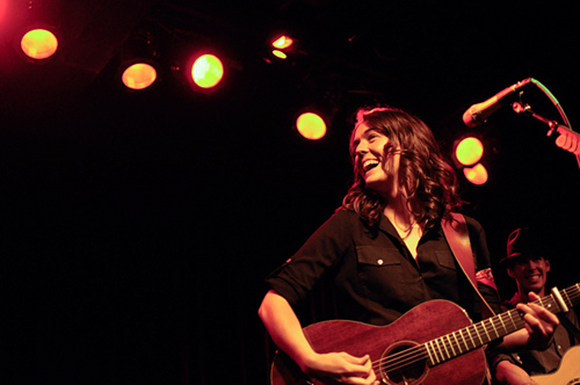 Alternative country pioneer Brandi Carlile began her career performing in Seattle music clubs with twin brothers Tim and Phil Hanseroth. Signed to Columbia Records in 2004, her eponymous debut album earned her a feature on Rolling Stone magazine's “10 Artists to Watch in 2005” list and catapulted her into the charts, peaking at number 80 on Billboard 200 chart and reached number 1 on U.S. Folk Albums chart. To date, she has released five albums, including a live record that saw her performing a mix of original songs and cover material alongside the Seattle Symphony, and her most recent studio effort The Firewatcher's Daughter, which was released in March 2015.