Iconic Death Metal band, Cannibal Corpse comes to The Wiltern on Tuesday, November 22nd, 2022 with very special guests Dark Funeral, Immolation and Black Anvil. Grab your tickets and get ready for the most Death, all the Death, and only the Death, with a smidgen of Metal to make it sound nice… Cannibal Corpse are touring their latest and deadliest album and continue their mission to spread global devastation through the dominant beast that is, Violence Unimagined, featuring a whole slew of new ways to kill or be killed. This band really put the Death into Death Metal. 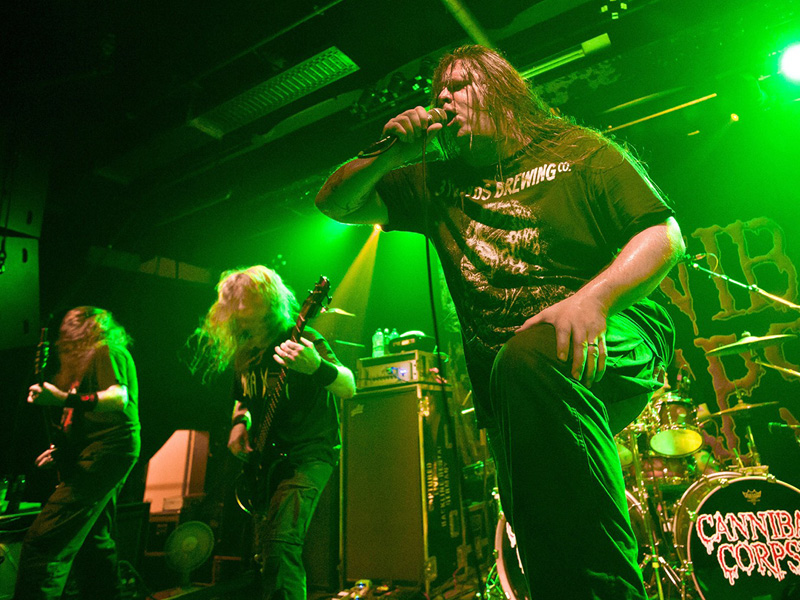 Cannibal Corpse formed in Buffalo in 1988. The band is best known for the songs “Hammar Smashed Face,” and “Scourge of Iron.” Violence Unimagined, is the band's fifteenth studio album, their first in nearly four years since, Red Before Black, from 2017, and was released in April 2021. Charting at number 45 on the Billboard 200, number 6 on the Top Rock Albums, and number 3 on the Top Hard Rock Albums charts, it has become Cannibal Corpse’s most successful album to date, with Sean McLennan of New Noise Magazine writing, "Continuously reinventing each album around creative new ways to kill or be killed, Cannibal Corpse continue their mission to spread global devastation through the dominant beast that is Violence Unimagined. Marking the band's fifteenth release through Metal Blade Records, the upcoming terror embodies every horrendous characteristic we've come to love about this band and then some. Instrumentally unstoppable and visually indescribable, Violence Unimagined sees Cannibal Corpse entering the post-pandemic world as the colossal conquerors of death metal."

The current version of the band includes guitarist Erik Rutan, who joins bassist Alex Webster, founding drummer Paul Mazurkiewicz, guitarist Rob Barrett and vocalist George “Corpsegrinder” Fisher. Known for his roles in Morbid Angel, Ripping Corpse, and fronting the mighty Hate Eternal, Rutan has long-established himself as one of the most dynamic forces in contemporary death metal. Filling in live on guitar since 2019, he became a full member in 2020.