Car Seat Headrest the Masquerade Tour comes to The Wiltern on Saturday 30th April 2022 with very special guest Bartees Strange. Grab some tickets, put on those masks and come on down for a night of music, dancing, and identity loss.

“We are deeply excited to crawl out of our pit and onto the spotlit stage once more. For a few hours on a spring night, you too can slip out of your mind & into the ever-changing shared world of the theatre. We ask that you wear a mask (you know which kind), and invite you to accoutre yourself in whatever further costumery you please.” 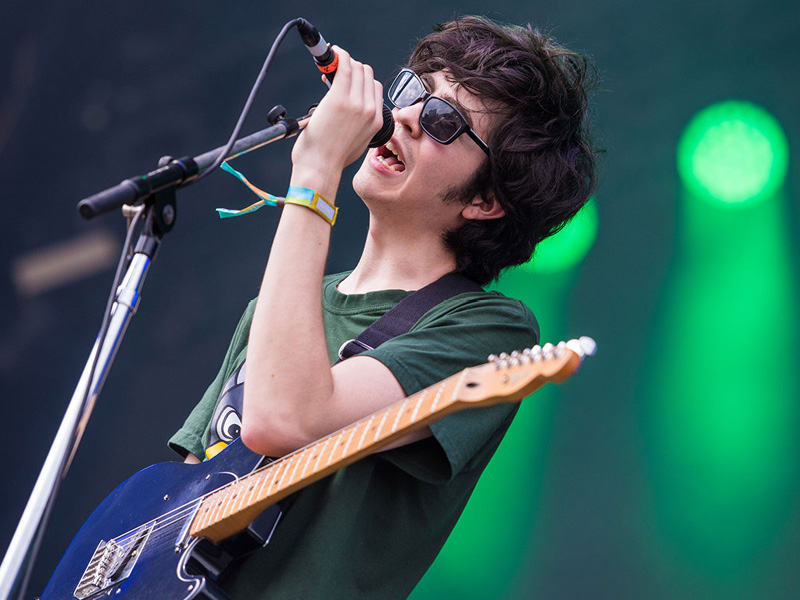 In February 2020, Car Seat Headrest announced their newest and twelfth studio album, Making a Door Less Open, and released the first single "Can't Cool Me Down". The album consists of wholly new material and is their first since their 2016 album, Teens of Denial. This new project marks a stylistic divergence from previous material, with Toledo describing the album as containing elements of EDM, hip hop, futurism, doo-wop, soul and rock and roll. Rolling Stone described Making a Door Less Open as "an immersive and adventurous album that sounds polished, but never slick, a well-executed experiment in cross-genre pollination that heightens Toledo’s best songwriting impulses." Making a Door Less Open charted at number 22 on the Independent Albums chart and number 184 on the Billboard 200.

Along with the album's announcement, the band also introduced "Trait", an alternative persona of Toledo's which had originally stemmed from their 1 Trait Danger side-project. The character is presented wearing a gas mask with LED eyes, Toledo has explained the look of Trait as a result of his performance anxiety, and a wishes to "remind himself and everyone else to have some fun with it."