Chelsea Cutler: When I Close My Eyes Tour Part 2 with Ayokay and Arden Jones Tickets

Are you ready to sing out loud? Well, you better be, it’s a staple of Chelsea Cutler’s live shows! Come to The Wiltern on Wednesday, November 9th 2022 for Chelsea Cutler’s When I Close My Eyes Tour Part 2 with Ayokay and Arden Jones! Yes, her very first full headline tour was a success, and that’s all because of you! Fans turned up and belted out the tunes in perfect harmony, so, come on, grab some tickets and let's go around for part 2! More huge songs like "The Lifeboat's Empty!," and "Walk Me Home," are definitely coming down. 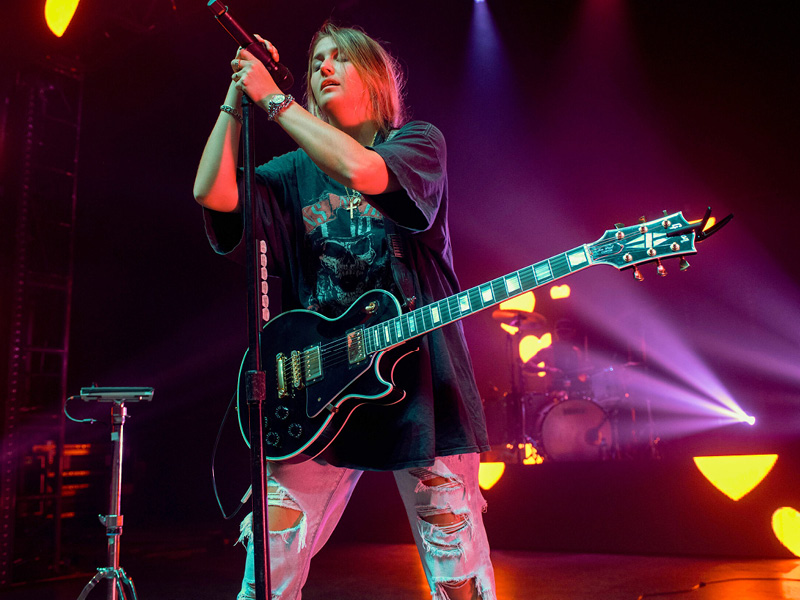 “IT IS FINALLY TIME MY LOVERS. COULDN'T BE MORE EXCITED TO ANNOUNCE THE WICME TOUR PART TWO. ALL NEW CITIES. COMING TO YOU WITH SPECIAL GUESTS, Ayokay and Arden Jones.” Chelsea stated at the part 2 tour announcement. “I am ready to give you guys my entire heart and soul this fall!”

The girl with stars in her eyes, Chelsea Cutler from Westport, Connecticut, caught her big break when she was offered a support role on Quinn XCII's national tour in 2018. By March 2019 she was recording songs in a studio and released the joint EP, Brent, with friend and label-mate Jeremy Zucker.

Chelsea Cutler’s second, and brand-new album, When I Close My Eyes, was released in October 2021 and featured vulnerable tracks like “Devil On My Shoulder” where she confronts her struggles with mental health while on tour. At the album release, Chelsea said, “My inspiration for the album was just sonically the kind of music I wanted to make after my last album. In terms of themes, there are so many different things. I felt really inspired by gratitude for everyday blessings, especially with how difficult the last two years have been for everyone. I felt like I just wanted to write about how grateful I am for everything, and that’s probably the main thing that inspired this album.”