Chris Lane apparently has "big, big plans" for his Fill Them Boots tour, coming to The Wiltern on Wednesday 2nd February 2022! The tour is named after his recent single of the same name, which may well hint at a new album on the way from the hit-making country star, whose last release was 2018's Laps Around the Sun, which featured the number one single "I Don't Know About You"! He'll be joined in support for the show by singer and songwriter Ernest, "The Difference" singer Tyler Rich and rising star Lily Rose! 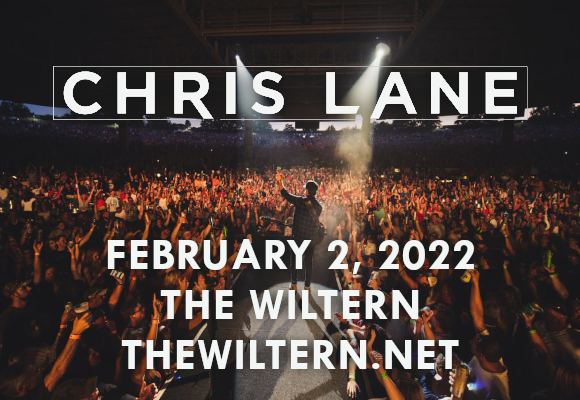 Country music artist Chris Lane began his music career fronting the Chris Lane Band, charting on the Billboard Top Country Albums chart in 2012 with the album Let’s Ride. He began his solo career upon moving from North Carolina to Nashville, Tennessee in 2013 and the following year he opened for Florida Georgia Line on their This Is How We Roll Tour. To date,  Lane has opened for The Band Perry, Eli Young Band, Lee Brice, Chris Young and Brantley Gilbert, among others. 2014 also brought the release of Lane's debut single, "Broken Windshield View",  which reached number 45 on the Billboard Hot Country Songs chart. His debut solo studio album, Girl Problems, was released in 2016, followed by his sophomore album, Laps Around the Sun, in 2018.