The incredible, Grammy Award-winning performer Ciara brings her sultry R&B grooves to The Wiltern on Tuesday 17th September 2019 in support of her brand new seventh studio album Beauty Marks! Her first album in four years, Beauty Marks sees Ciara at her happiest and most carefree, and since her debut 15 years ago she has proved time and again that she has longevity as a flawless performer! 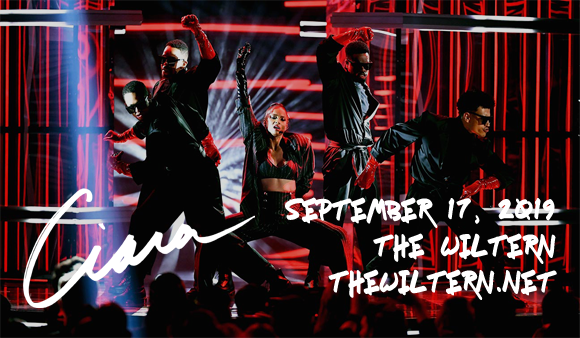 American singer, songwriter, dancer, and model Ciara came to fame in 2004 when her debut album Goodies was certified triple platinum by the Recording Industry Association of America(RIAA), and garnered four nominations at the 48th Annual Grammy Awards, as well as launching the number one single "Goodies", plus "1, 2 Step", "Oh" and "And I". Since her debut, she has charted eight Billboard Hot 100 top-ten singles and has received many awards, including three BET Awards, three MTV Video Music Awards, three MOBO Awards, and one Grammy Award. Her seventh studio album, Beauty Marks, was released in 2019.