Something So Strong will take place this Tuesday night, September 27, as the Australian band The Crowded House performs their hit songs for the second night of their Los Angeles stop at The Wiltern. Yes, our favorite band from Down Under will be back for a second show at California's famous venue. If you missed booking tickets for the first night at The Wiltern, worry no more because you can still catch the incredible show of Crowded House's founding members in the North American leg of their "Dreamers are Waiting Tour." You can still sing along live to their hit tracks such as "Don't Dream It's Over," "Something So Strong," "Weather With You," and "It's Only Natural," among many others. Mark your calendars, click on the "Get Tickets" button, and prepare for a memorable night with one of the best-selling bands of all time! Book your tickets now! 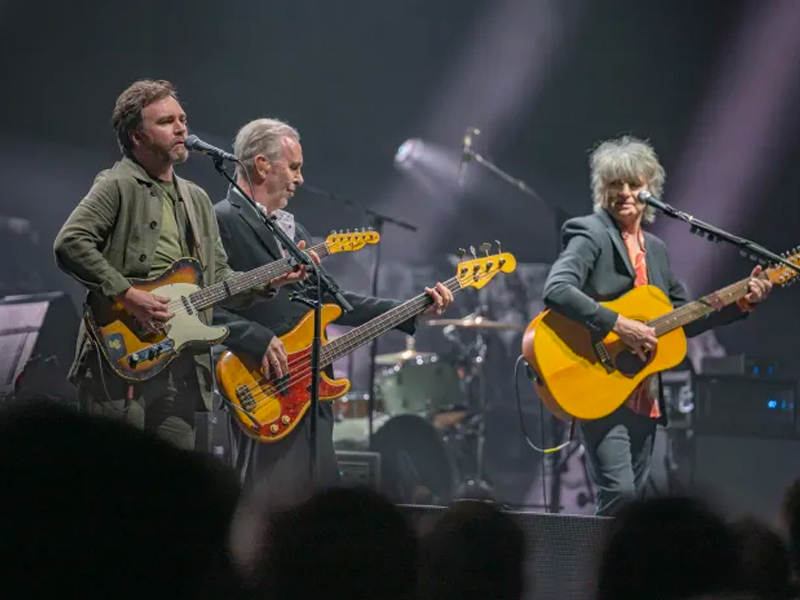 The Crowded House thrived successfully from 1985 to 1996, enjoying consistent commercial and critical success in New Zealand and Australia. Thanks to their hit tracks "Don't Dream It's Over," "Don't Stop Now," "World Where You Live," "Something So Strong," and "Weather with You," among many others, the band became a household name among fans who are enthralled by their high-quality songs that combine irresistible melodies with meticulous lyrical detail.

Their self-titled debut album reached number 12 on the US Album Chart in 1987 and provided the Top Ten hits "Don't Dream It's Over" and "Something So Strong." Their tunes also resonated among fans in South Africa, the UK, and the rest of Europe, as their subsequent albums made a significant amount of sales. Thanks to their massive hits "Fall at Your Feet," "Weather With You," "Distant Sun," "Locked Out," "Instinct," and "Not the Girl You Think You Are."

Crowded House disbanded in June 1996 and did a string of farewell concerts, including the "Farewell to the World" concerts in Melbourne and Sydney that same year. In 2006, the group re-formed with drummer Matt Sherrod and released two further albums (in 2007 and 2010), reaching number one on Australia's album chart. Crowded House has sold over 15 million albums worldwide and was inducted into the ARIA Hall of Fame in 2016.

This year, the band is back after years of taking a hiatus from touring. The band announced its North American Tour with a new lineup of members. Founding members Neil Finn and Nick Seymour, along with producer/keyboardist Mitchell Froom, guitarist and singer Liam Finn, and drummer Elroy Finn, will embark on a 21-date outing in September. The itinerary includes shows in Philadelphia, New York, Boston, Toronto, Nashville, Denver, and Los Angeles, among other cities, before wrapping in Vancouver on October 3.

You can catch the band's two-night stop at The Wiltern this September 26 and 27, 2022. Tickets are now on sale, and you can get yours here by clicking the "Get Tickets" button.