You'd certainly feel like you're Locked Out of everything fun if you missed the concert of the Australian band Crowded House at The Wiltern this Monday, September 26. Yes! You've read that right! The Aussie band, who is known for their massive hits "Don't Dream It's Over," "Something So Strong," and "Locked Out," among countless others, are heading to Los Angeles's famous venue to bring the excitement of their "Dreamers are Waiting Tour." Join the founding members Neil Finn and Nick Seymour, along with producer and keyboardist Mitchell Froom, guitarist and singer Liam Finn, and drummer Elroy Finn in a night of memorable hits! This will be a great ride to nostalgia that both old and new fans will surely enjoy! Click on the "Get Tickets" link to order your concert passes now! Bring the entire gang as this will be a show you'll want to share with your friends! See you at The Wiltern! 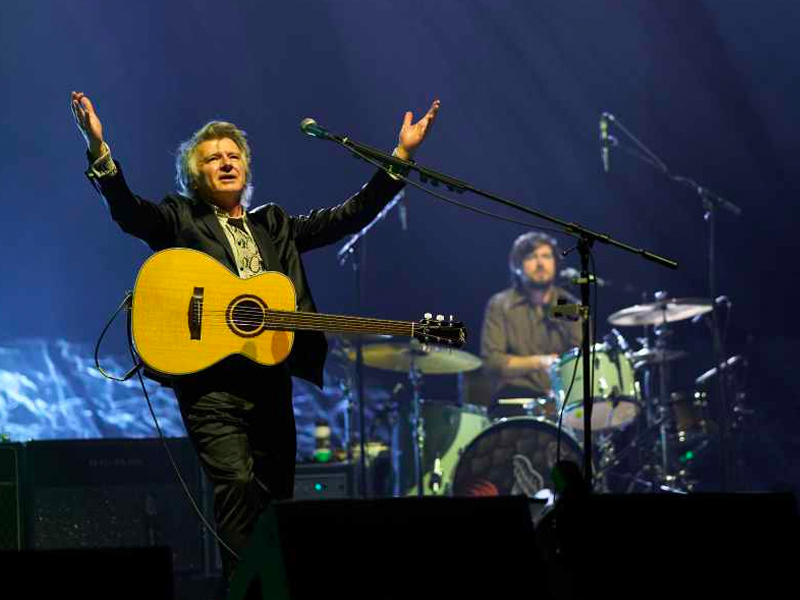 After years of inactivity, the Australian band Crowded House will embark on a 21-date tour that starts this September. As support to their 2021 comeback album, "Dreamers are Waiting," the "Don't Dream It's Over" hitmakers will hold shows in major venues in both US and Canada. Founding members Neil Finn and Nick Seymour, producer/keyboardist Mitchell Froom, guitarist and singer Liam Finn, and drummer Elroy Finn, will make their dedicated Los Angeles fans scream in excitement as they stop at The Wiltern this September 26. This is the band's first North American tour in the past 11 years. Thus, they are making sure that this is going to be an epic experience for all fans.

The band is known for crafting high-quality songs that combine irresistible melodies with meticulous lyrical detail. Their hit songs "Don't Dream It's Over," "Don't Stop Now," "World Where You Live," "Something So Wrong," and "Weather with You," among many others, made them a household name not only in Australia but in the whole world as well. Notably, the band is most famous in the US, UK, New Zealand, South Africa, and most parts of Europe.

"Crowded House are delighted at long last to be able to play shows in North America. We have been picking up the pace recently as the world opens up and can't wait to present the show with this band lineup in absolute top form to the good folk of North America, from sea to shining sea," said founding member Neil Finn.

Catch these incredible musicians this Monday, September 26, at The Wiltern. If you haven't booked your tickets yet, click on the "Get Tickets" button for a secured and safe ticket order transaction.