Are you ready to take a fantastic voyage into the enticing world of new wave- meets-indie rock-meets-bedroom pop? Now hop on and join Nicholas Rattigan a.k.a. Current Joys as he goes on tour with his latest and seventh album, Voyager. Current Joys is the alter-ego, so to speak of the drummer and lead singer of the punk-driven outfit Surf Curse. Catch the wave of this amazing tour as Current Joys heads over to The Wiltern on Saturday 26th February 2022. Tickets are now on sale. Book your tickets now! 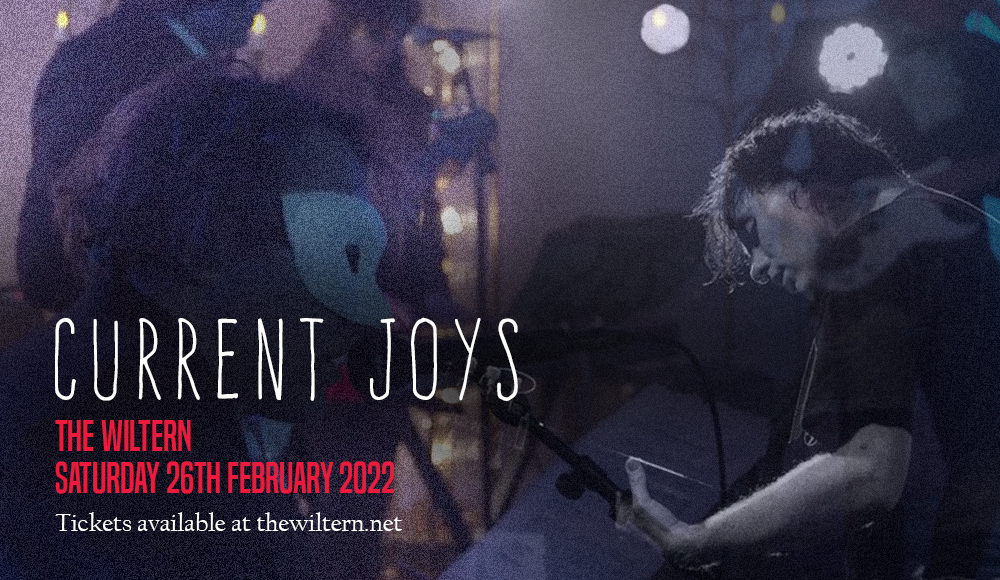 Nevada-born songwriter, multi-instrumentalist, vocalist, journalist, and music video director, Nicholas Rattigan is the artist behind the musical personas Surf Curse (drummer and lead singer), The Nicholas Project, Franco Years, Devil Worship, TELE/VISIONS, and the more current music moniker Current Joys. Each musical endeavor may represent a certain genre or music style where Nicholas may fiercely pound away with driving punk influences, while it has been said that Current Joys strikes a softer, more subtle emotional chord, which is the signature style reflected on his current album "Voyager".

A recent press release has stated that “Rattigan believes in the premonitory power of music, and he latches onto the song ideas that strike him in the moment, propelled by an abstract existentialism or burst of feeling more than anything else. Voyager has an intensity and intimacy – with the sense that you’re getting to hear, all at once, the disparate parts that make a project – or person – into a sprawling, cinematic whole.”

Voyager is Current Joys' most recent album release and he invites audiences to explore and be inspired by his musical journey. “This record has been such a journey for me. I hope it inspires some journeys of your own,” Rattigan shared in an Instagram post announcing the release of Voyager.

Take this sonic adventure with Current Joys. Catch the show and get your tickets now!