Two-time Emmy Award-winning violin crooner Damien Escobar comes to The Wiltern on Friday 11th November 2016 for a night of sensational songs and sultry strings! The virtuoso maverick fuses R&B with classical to create an unparalleled, innovative style all of his own – don't miss this special night! 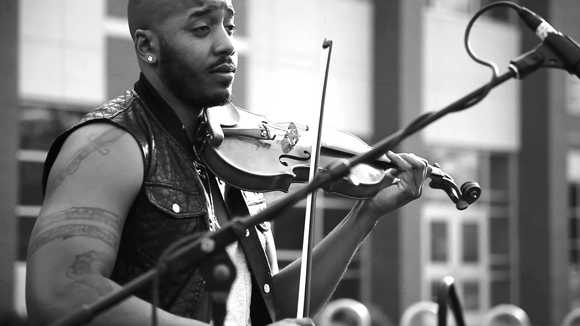 "The youngest graduate ever of Julliard at the age of 12, Damien Escobar has won two Emmys, sold millions of albums – and even performed for President George W. Bush in the White House alongside his brother in their group Nuttin' but Stringz. He's also ventured out on his own and released a new album out this summer called Boundless."