The Rock and Roll Hall of Famer, Daryl Hall, is finally back to hear the echoes of fans cheering and singing along to his classic hits on his first solo tour after a decade! Bringing along special guest Todd Rundgren, the halls at The Wiltern are ready to welcome fans on a legendary night of live rock and roll on Monday, 16th of May 2022. You can expect Daryl Hall to perform his best solo work like "Dreamtime" and "Foolish Pride", and classic hits from Hall and Oates like "She's Gone", "Out of Touch", and "Maneater". Don't miss out on this night where rock and soul classics led by the one and only Daryl Hall resound at The Wiltern. Book your tickets now! 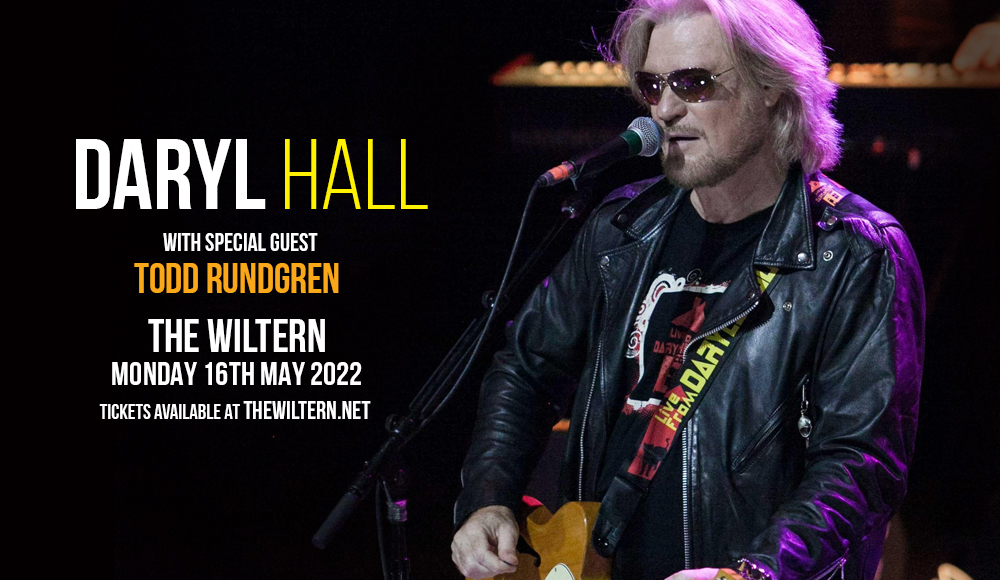 Hailing from Philadelphia, the critically-acclaimed soul singer, Daryl Hall, always had music in his core from his parents' influence until he eventually majored in music. With some early acts and gigs, Daryl Hall found himself entering the global scene when he met and reunited with John Oates, forming what the world would come to know as Hall & Oates.

Though making waves and history as a duo, Daryl Hall worked on several projects and released solo work throughout his career. He dropped five solo studio albums since the 80s. His notable singles as a solo artist include his biggest solo hit "Dreamtime", "Gloryland" (with Sounds of Blackness), "She's Gone", and "Foolish Pride".

As 2022 welcomes people back to concert halls, echoing the world's biggest artists and hit songs, Daryl Hall is back in the game to deliver his signature performances that justify his induction into the Hall of Fame.

On this comeback solo tour, he's bringing along Todd Rundgren – the voice behind the classic hit single "Can We Still Be Friends". As a fellow Philadelphia borne friend, “I’ve known Todd since we were kids,” says Daryl. “We have what I consider ultimate respect for each other. I think he’s a phenomenal artist who has carved his own path. Whenever we get together, sparks fly. Something good happens. We sing really well together.”

So, get ready to rush to the concert hall as Daryl Hall takes the stage, to perform classic hits and his best solo releases on a night that'll take you back to the good 'ol days of the 80s. Grab your tickets now!