Its time to get those rock boots on as heavy metal supergroup Down are set to tear down the Wiltern on Saturday 6th December. The New Orleans group have painted a unique sound in metal, with a "you know its DOWN when you hear" style of music. You won't hear the kind of crashing drums and melodic howls anywhere else. DOWN will kick off their Punk Rock But Kinda Not 2014 Tour on November 29th in New Orleans, and head to the Wiltern in the following month. Its going to be a special evening for metal fans, get your tickets online now! 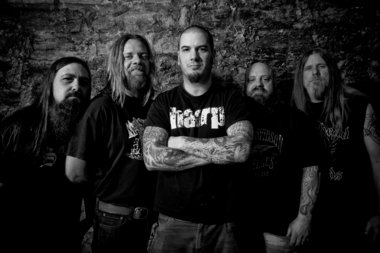 Down is an American heavy metal supergroup that formed in 1991 in New Orleans, Louisiana. The band's current lineup consists of vocalist Phil Anselmo (Pantera), guitarist Pepper Keenan (Corrosion of Conformity), guitarist Bobby Landgraf, bassist Pat Bruders (Goatwhore), and drummer Jimmy Bower (Crowbar, Eyehategod, and Superjoint Ritual). Since their formation, Down has gone on hiatus twice. To date, Down has released five studio albums. The first three were LPs entitled NOLA (1995), Down II: A Bustle in Your Hedgerow (2002), and Down III: Over the Under (2007).the band began working on additional material, which resulted in two EPs entitled Down IV Part I – The Purple EP, released in September 2012 and Down IV, Pt. II, released in May 2014.