Dream Theater comes to The Wiltern on Friday 6th May 2016

Dream Theater has got the stuff all dream rock concerts are made of — superb sound
quality, technical precision, unique song line-up, entertaining humor, improvisation,
audience participation, high-caliber musicians, and above all, great music.
And for this particular tour, Dream Theater has prepared an ambitious concept that
would truly blow your mind and make your jaws drop. Thus, it comes as no surprise
that fans get hyped-up each time they’re on the road. So quit daydreaming, this concert
is for real. Get on your feet and get your tickets now! 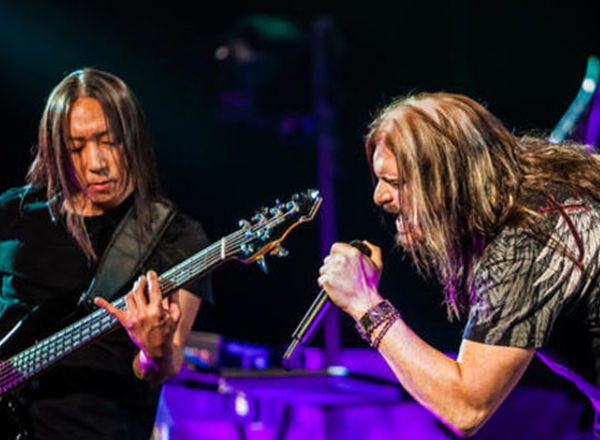 Dream Theater’s new double-album “The Astonishing is about to hit the shelves; but
instead of you blasting it off your stereo or headphones, you’ll get to hear it first, or
rather witness it performed live, onstage by Dream Theater themselves.
“Dream Theater has been touring forever; we’ve played the different stadiums and
arenas, ice halls, gymnasiums and whatever. We wanted to make this different — we
wanted to make this special. And so as long as people know that going into it, I don’t
think anybody is going to show up in a Dream Theater shirt, saying, ‘Why didn’t they
play “Pull Me Under?”‘ They’re going to totally understand what we’re doing.”, says
guitarist John Petrucci, in his interview with Rolling Stone.
Dream Theater always does things big, massive, colossal, different. Their technical
proficiency as instrumentalists drove them to produce this mind-blowing sound that we
now know as progressive heavy mental. Each member is a virtuoso in his own right.
Since their inception in 1986, the band has released 12 studio albums, 2 EPs, 5 live
albums, and 7 singles, with collective sales of over 12 million records. They have 2
Grammy nominations, and countless awards and citations for their individual members.
John Petrucci (guitarist) landed the No. 2 spot on the best metal guitarist list developed
by author Joel McIver for The 100 Greatest Metal Guitarists book. And, bandmate
Jordan Rudess is billed as one of the greatest keyboard players by numerous
publications, including MusicRadar.