Legendary British Singer/Songwriter, Elton John is coming to The Wiltern on Wednesday 13th January 2016! Sir Elton John still remains to be one of the best performers of his time, with a career that's stayed at the top of his game for over 55 years and counting! Numerous awards and recognition on the music scene have proved his lasting ability to showcase his pure and natural talent. Elton John has sold over 250 million records and found success on Broadway, composing the music score for the Tony award winning hit Billy Elliot back in 2008.

Join him for this sensational evening where he will be performing all the classics to his adoring fans! 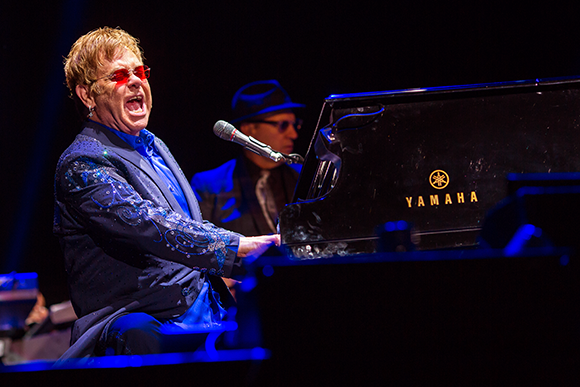 Born on March 25, 1947, in England, Elton John is one of the biggest British music icons of the 20th Century. Known for his impeccable songwriting abilities that combine an effortless blend of the best bits from pop and rock.
After the release of his first self-titled American album in 1970, Elton John was transformed into a a huge international star. And became famous for his worldwide recognizable hit tracks such as "Crocodile Rock," "Philadelphia Freedom" and "Candle in the Wind."

Since his big break, he crafted a career that has lasted for 55 years and counting, has more than 50 Top 40 hits, including seven consecutive No. 1 US albums. His single ‘Candle in the Wind 1997’ sold over 33 million copies worldwide and is the best-selling single in the history of both the UK and US singles charts!