Elvis Costello is coming to The Wiltern on Thursday 29th November 2018 for one unmissable night! Tickets are already flying as we get closer and closer to the LIVE event – so what are you waiting for? Grab yours today for one of the best solo musicians of all time. There's nothing stopping you from being there!! 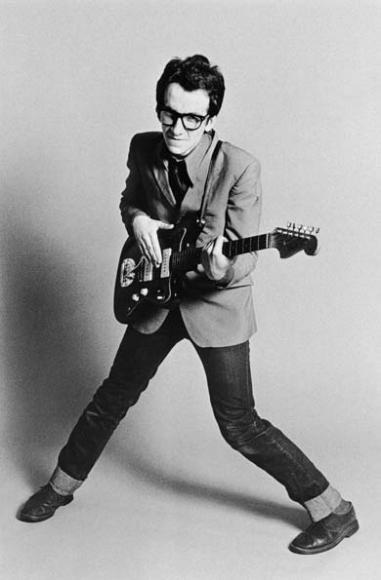 The legendary singer/songwriter Declan Patrick MacManus aka Elvis Costello has showcased incredible songs throughout the years that have put him on the worldwide music scenes and transformed his career since his very first debut all the way back in the 1970's. The English musician is also a talented composer, record producer, author, television presenter, and occasional actor.

With a career that has spanned over almost five decades, it's no wonder his name is known globally, first starting in music as part of London's punk and new wave movements, he released his debut, My Aim Is True which grabbed the attention of many and quickly formed a band called Attractions that backed him on live performances. Just a few years later he was more than ready for another album and churned out, This Year's Model which made it on the Rolling Stone list of 'the best albums from the last decade,' hitting the number 11 spot. Next came Armed Forces which included the chart topping single, "Oliver's Army" and exploded his career to the maximum, hitting number 2 in the UK music charts and once again grabbing five star reviews from Rolling Stone and being featured in the list of the 500 Greatest Albums of All Time!

Elvis Costello has crafted himself an outstanding career, mostly as a solo artist and with this he has won countless awards throughout the years that have helped push him right to the top and into the limelight for the most of it. Costello has rightly received the likes of a Grammy Award, multiple nominations such as for the Brit Award for Best British Male Singer and of course, the greatest accomplishment that many strive for, the induction into the Rock and Roll Hall of Fame. As well as his own status, he has worked with many other artists through collaboration and has co-written songs such as "God Give Me Strength" from Grace of My Heart (1996, with Burt Bacharach) and "The Scarlet Tide" from Cold Mountain (2003, with T-Bone Burnett).