Your Sunday night this September 18 will sure be Sweeter as the pop-rock anthems of the Grammy-nominated singer-songwriter Gavin DeGraw will echo loudly in the walls of The Wiltern. Witness the 45-year-old singer-songwriter as he sets the famous Los Angeles, California stage on Fire with his "Face The River" concert tour. Catch him perform his songs from his new album "Face The River," as well as his classic hits, such as "I Don't Want to Be," "Not Over You," "We Both Know," and many others. If you are down for a concert evening from one of the greatest rock-oriented artists of this generation, you better book your tickets as early as today. Click the "Get Tickets" link and prepare for an unforgettable night of great music from the one and only Gavin DeGraw. 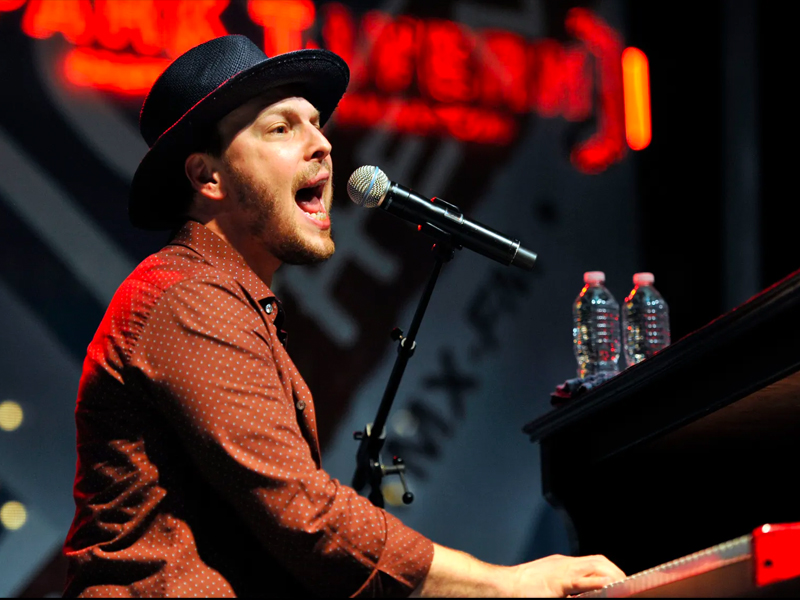 Known for his massive hits "I Don't Want to Be," "Not Over You," and "Sweeter," among many others, Gavin DeGraw is one of the very first rock-oriented artists signed to Clive Davis' J Records. His brand of sensitive, R&B-leaning songs in his debut album "Chariot" earned him a great deal of following from fans who have taken a liking to his style. He rose to fame when his song "I Don't Want to Be" became the main theme song for the WB drama series "One Tree Hill." The singles "Chariot" and "Follow Through" also did well for him off his debut album, catapulting him to further popularity.

He released his second album in 2008, a self-titled one that featured the top-40 hit "In Love with a Girl." His third album, titled "Free," came out in 2009, further cementing his domination in the poprock scene. However, he hit the spotlight even brighter with the hit singles "Not Over You," "Soldier," and "Sweeter," –– all taken from his fourth studio album, "Sweeter" (2011). In 2013, DeGraw released his fifth studio album, "Make a Move." That year, he received a Grammy Award nomination for the song "We Both Know," a duet with Colbie Caillat for the 2013 film "Safe Haven." Three years later, DeGraw released his Sixth album, "Something Worth Saving." The album, like the others, charted in many territories and was critically acclaimed.

Recently, Gavin DeGraw published a documentary called "Face the River," a personal and heartfelt documentary he produced after his parents passed away in 2022. This is also the name of his latest album, which will be supported by a US tour. The 45-year-old multi-platinum and GRAMMY-nominated recording artist will be hitting the road this year to promote his most personal album to date. DeGraw will stop at The Wiltern, Los Angeles, this September 18 (Sunday) to give his California fans a great concert experience. Tickets are now on sale, and you can reserve yours here by clicking the "Get Tickets" link. Grab yours now!