Lead by the ever terrifying Papa Emeritus III, Ghost B.C. are back on tour, spreading dissent and chaos wherever they go! The ghoulish Grammy-winners will be darkening The Wiltern stage on Thursday 20th October 2016 for a night of occult-infused heavy metal, and they will be joined in their rituals by Deafheaven! 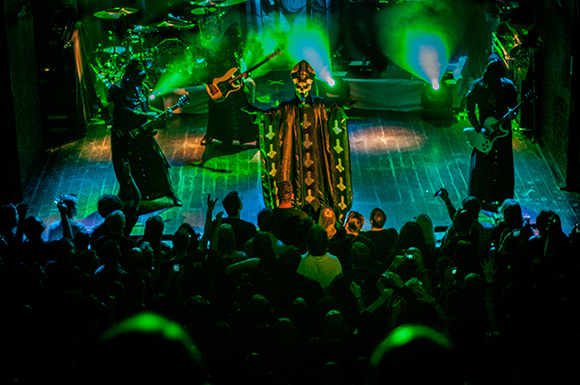 Swedish heavy metal band Ghost are known for their eccentric on-stage presence, anonymity (the members are known as Nameless Ghouls, and their frontman is known as Papa Emeritus III), Catholic and satanic imagery, and their elaborate, face-concealing costumes. The band formed in 2006 and their first album, Opus Eponymous, was released on October 18, 2010. They have released three studio albums in total, with their third album, Meliora, reaching number one in their home country of Sweden and number eight in the United States. Its lead single, "Cirice", earned them the 2016 Grammy Award for Best Metal Performance.