Get ready for some Balkan-inflected gypsy-punk hedonism and madcap antics as Gogol Bordello take to the stage at The Wiltern on Thursday 2nd September 2021! The explosive nine-piece will be performing as part of their Lifers Tour, named after their rockin' single of the same name, and after so much time spent off the road, you know that they'll be back with a bang! Costumes and craziness abound!!! 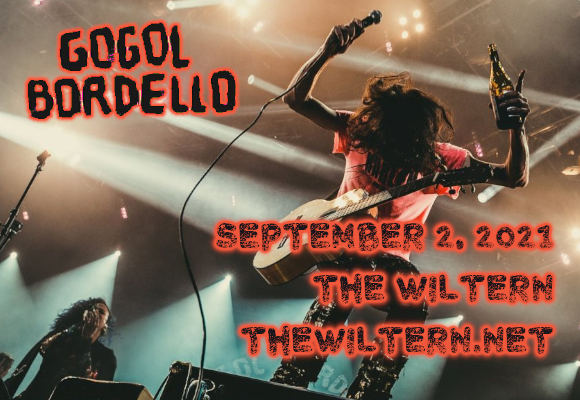 Fronted by  Ukrainian-born singer, composer, disc jockey and actor Eugene Hütz, gypsy punk band Gogol Bordello was formed by a line-up of performers from all over the world, congregated in the Lower East Side of Manhattan in 1999. Known for its theatrical and exuberant live shows, the group released its debut album, Voi-La Intruder, later that year. Its 2007 album Super Taranta! Was a critical success, making several end-of-year lists, including Rolling Stone. The band made its major-label debut in 2010 with the album Trans-Continental Hustle, which was produced by Rick Rubin after he was introduced to their music by Rage Against the Machine’s Tom Morello. Their seventh and most recent album is 2017’s Seekers and Finders, the title track of which features vocals from Regina Spektor.