French metal powerhouse Gojira comes to The Wiltern on Thursday 6th October 2016 in support of its hotly anticipated 6th studio album, Magma! Their month-long stint of North American shows will see the band sharing the stage with prog-metal marvels, Tesseract! Get ready for the heavy – it's gonna rock hard! 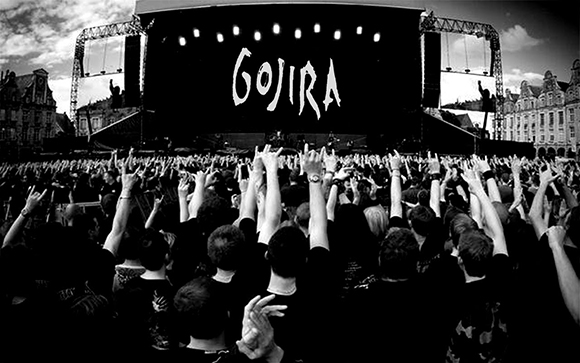 Formed in 1996, and known as Godzilla until 2001, Gojira are a French metal band consisting of vocalist and rhythm guitarist Joe Duplantier, his brother Mario Duplantier on drums, lead guitarist Christian Andreu, and Jean-Michel Labadie on bass. After years of touring with prominent metal bands such as Cannibal Corpse, Edge of Sanity, Impaled Nazarene and Immortal, and after the release of four demos (Victim, Possessed, Saturate and Wisdom Comes), the band released their debut album, Terra Incognita, under their new name in 2001. They have released six studio albums and three live DVDs. Their most recent album, Magma, was released in June 2016.